Things that change us... 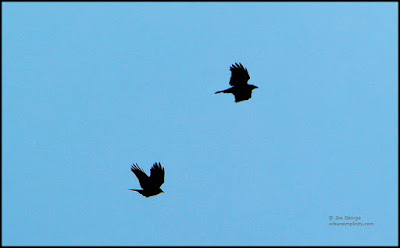 “Time may change me, but I can't trace time.”
~ David Bowie

Today began like any other I suppose. It is Thursday and I have the day off work. I was able to wake without the sound of an alarm. But it was also different. Today's date is one that changed me in so many ways. But the actual day I'm referring to is one that happened 42 years ago. I was just a kid. On this day, back then, I woke not to an alarm, but to the sound of my mom and grandmother speaking in hushed tones in the kitchen, which was just down the hall. They were also crying, “Oh God, how will I tell the kids,” I heard my mother whisper, “They won't understand.” But I did understand.

The night prior my father was taken to the hospital with chest pains, and I knew by the whispers and eerie silence that seemed to engulf everything that I would never see him again, at lease not on this physical plane.

I didn't know it then, but I can see now what a pivotal moment this was in my family’s lives...myself, a younger sister, two older sisters, and my mom who joined my dad a mere five years later. Things shifted in such a way that this day effects me still. This was also around the time I had my first mystical experiences, though I wouldn't call them that then; I wouldn't be able to name them until later.

For so many years I mourned my parents deaths, carrying it around like sealed bags. Baggage. But I've come to realize that this is no longer the case. I no longer mourn them, but rather honor them, when I remember them on their birthdays and death-days. And I do not use the word death in the traditional sense because if we are eternal—which I believe we are—then leaving these bodies is a transition, not death. A transition into another consciousness.

But it's odd, as I sit here in a coffee shop typing away...I am older than both of them when they transitioned, but when I think of them I am still their little boy. It's difficult for me to put it into words, but somehow this has shaped me, shaped me into the man I've become and in fact the person I am still growing into. Having the lesson of being a child of parents who left this earth at such a young age has guided me in so many ways. And I am only just beginning to see this. And they guide me still. Because while they are now longer here physically, they are in other ways. I know this.

The life we are all currently living, I've come to believe, is really one big lesson. An opportunity for growth or stagnation. I, personally, choose growth. Every second of every day plants something in us that can either grow or wither; some things effect us in such profound ways that we may not be able to see for many years. And at that pivotal point in my life, my very young self faced so many crossroads in front of him. I could have taken so many different routes that would've led to personal destruction. And I almost did for a while. But I didn't. There was something that guided me from within, and in fact still does.

And now, as I sit here on this day so many years later, and think of my parents, I honor them. But mostly, I know that in some indescribable way they are with me still. Right now as I type these very words. And that, my friends, not only comforts me, but makes me smile.