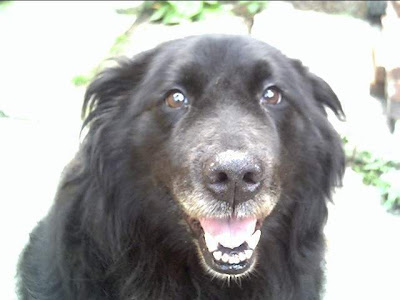 It's a sad day. After a rough year I finally made the difficult decision to have my loyal dog, Jack, euthanized. He was loyal right to the end. As big as he was all he wanted was my affection. The picture above is him in better days, but that gaze, that look of love only a dog can give to his owner, was there right 'till the end (albeit with cloudy eyes). I held his head in my hands while he labored for breath and told him what a good boy he was, this seemed to relax him a little. The doctor gave him a lethal injection, and until his eyes closed he had that same look of devotion, loyalty, and love in his cloudy eyes. He was such a good dog. It is a sad day indeed.

Alan Huynh said…
I totally feel for your lost.