20 June
Between the early burst of hot and steamy weather, followed by two weeks of on again-and-off again torrential downpours, the garden is flourishing. Here are a few before and after photos. The first set were taken in early May, the second set just this week.

Here's the garden in the front yard. I'm trying something a little different this year: separating small areas by bricks. This way I'll micro-manage it, hopefully keeping weeds at bay. 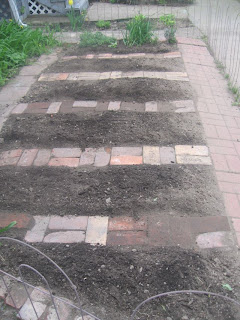 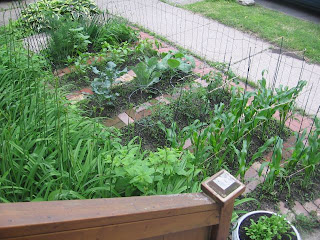 This is the first year I'm attempting corn. It's growing great! I have two small patches planted on either side of my front steps (about 36 plants in all). My plan is that by mid-summer I'll walk through a "cornfield" to enter the house. Someone I work with told me that corn should be "knee-high by July." I'm ahead of the game...some is thigh-high and it's only June. 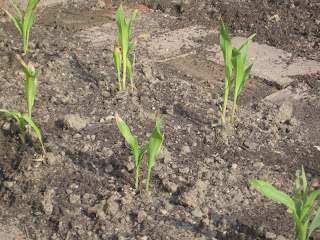 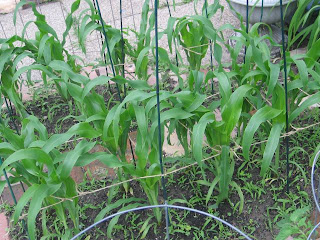 Here's some of the plants before they were in the ground. The plants on the middle stairs are broccoli. Yesterday broccoli was one of the ingredients on my dinner table (and one of the first things--besides herbs--that I ate out of the garden this year). 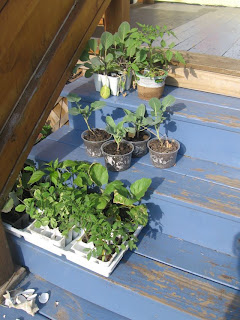 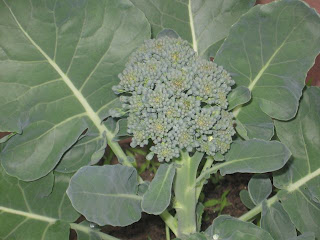 There's also a garden in the back yard, but this year is the first year that I expanded into pots (I ran out of ground in my teeny city plot). The plants in pots are growing great. The problem is my two dogs...they seem to love these vegetables (their both pugs...they'll eat anything). The garden itself is fenced off with chicken wire, but the pots are within their reach...I've already lost a few vegetable plants this year.

The first pot in the photo has Swiss chard in it just after planting, the next one is how it looks now...a portion of which became my dinner. 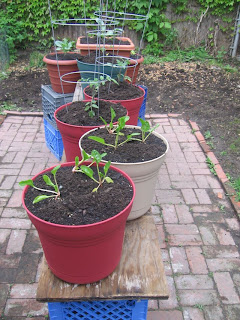 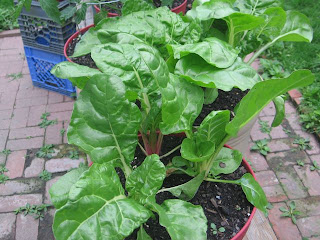 The first (mini) harvest of the season, then dinner. I look forward to tomatoes and peppers. 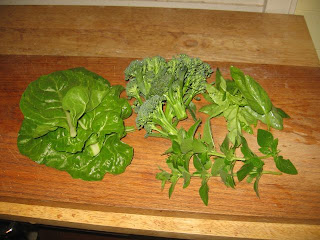 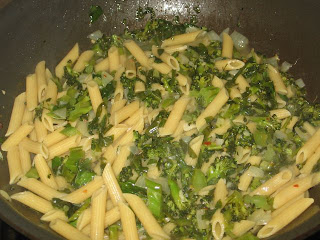