14 October
It's easy to live simply in the city during the summer...there are no heating concerns, and vegetable gardens grow like weeds. But as the seasons march forward, things change.

Autumn has always been, and still is, my favorite season. I had a few days off this past weekend and used the time to ready myself (both physically and mentally) for the cold months...stacked some firewood, uprooted my remaining vegetables, and baked some sourdough. Here's a few photos:

One of the first signs of Autumn (if you have a wood burning stove or fireplace) is the delivery of wood. Here's a picture of some of it. My son is now a teenager and this is the first year I asked (made) him help me haul and stack the wood. He did a great job. 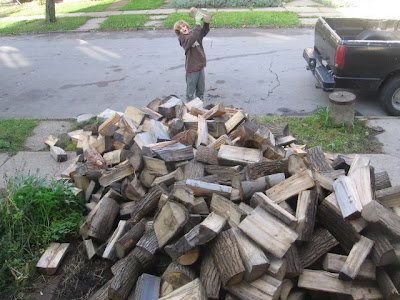 I'm a bad gardener. By this statement I don't mean that I can't grow things, because I do every year, but more that I let my gardens become sort of feral by mid-summer. Every year I say that I won't, but I do. Thus, every autumn when I tear them out I am always surprised at what I find. Look at all of these tomatoes...and this is the second week in October in Buffalo! 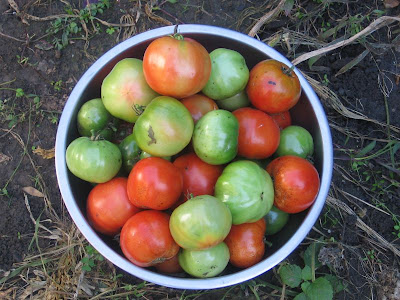 There were also some swiss chard and cabbage (and peppers, cauliflower, and broccoli which are not pictured). 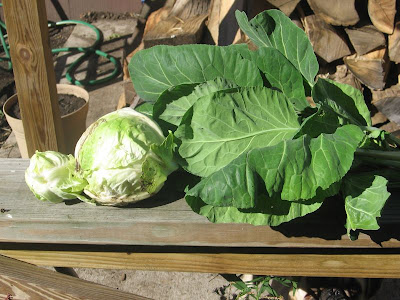 This teeny head of cabbage I found in a pot I forgot about...it was just the right amount I needed for a vegetable soup. 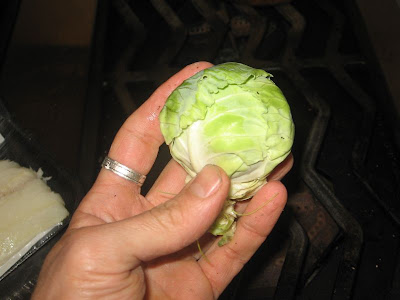 Three years ago I planted a grapevine that has literally exploded through the backyard (which only measures 25' by 25'). This coming year I'll have to trim it back. The grapes are delicious...they taste as good as they look in this photo. 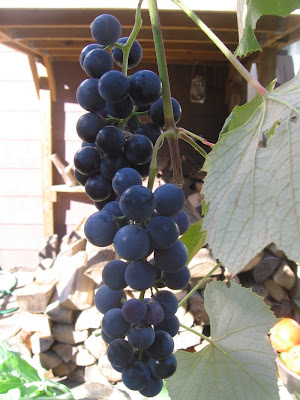 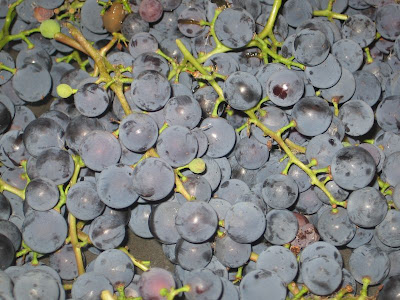 There are, in fact, more grapes than I can consume. So rather than let them rot on the vines (I did give some away) I thought I'd experiment with them (I'm always game for food experiments...especially when it deals with natural fermentation). I've never made wine before and know absolutely nothing about it (other than a little Internet research), but I thought I'd try to make some the old fashioned way...crush some grapes and put 'em in a pot to ferment (along with a little sugar water, and yeast). Here's my son picking some of the grapes from their stems. 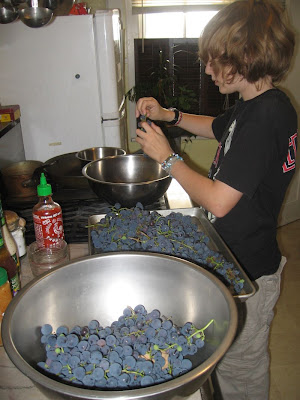 I initially let them rest for a few days simply crushed with their skins, then I strained them and added yeast and sugar. 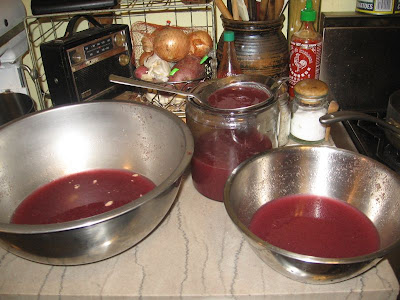 It only made a couple gallons of juice, which I wrapped in a towel (to protect it from sunlight) and put it on a shelf in my backroom where it is cool. This is the initial photo of it. After a day it was alive with action, it was circulating in a sort of vertical swirling motion, and eventually (after a few days) it stopped. It's now crystal clear and smells like either wine or vinegar. I haven't tasted it yet, but it will no doubt be vinegar (which is also great!). In another week I'll decant it and taste it. If it tastes like something that is edible I'll bottle it. 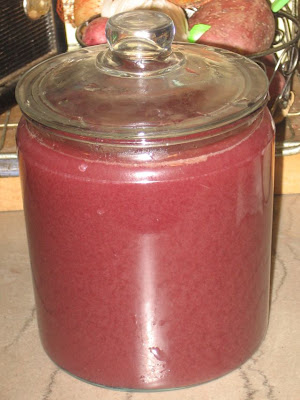 Another thing about the temperature change is that bread baking, especially naturally leavened bread (sourdough), altered. When the kitchen cools off naturally leaved bread goes from rising in just a few hours in the sultry dog days of summer, to anywhere from 8, 12, 18, even 24 hours when its cooler (depending on the temperature). Here's a beautiful Pullman loaf I made and let rise overnight. The initial dough: 11:00pm. 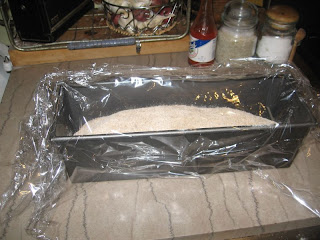 Here it is about 8:00am, 9 hours later. It actually over-proofed a little...you can see where I had to trim it away from the edges where it was hanging over. 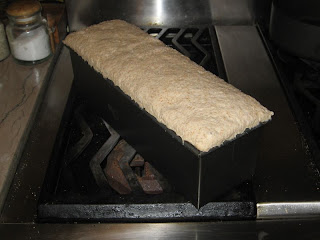 Here's the loaf fresh from the oven...it's beautiful and tasted as good as it looks. The thing about having it rise for so long is that the character of the bread becomes so intense...there are layers of flavors than cannot be achieved any other way than a slow rise. This loaf is called a "Pullman" loaf because of its shape, that it resembles an old Pullman railroad car. It makes an awesome sandwich bread. 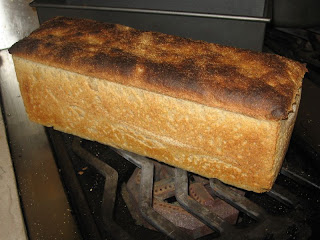 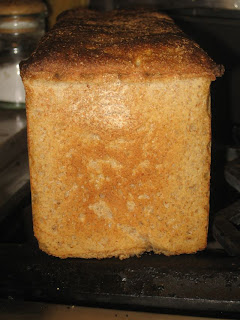 Soup made with the last garden vegetables (and a few others that I purchased). This along with the bread made and excellent meal. 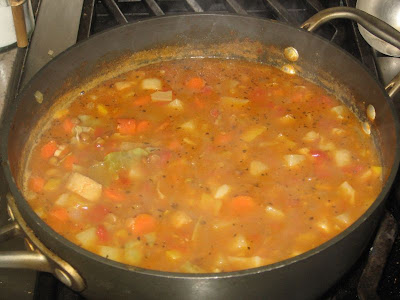 If this is he can you please contact me. I have a request in regards to one of your articles I found online. My email address is david@advancedesignconsulting.com
October 15, 2008 at 4:03 PM