Two Pugs, a Bicycle, and Some Really Good Bread 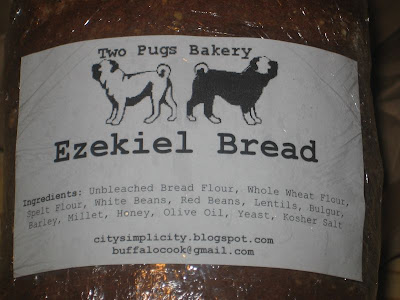 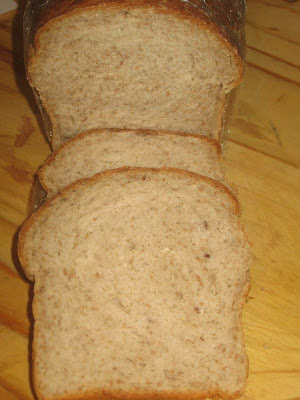 If I were a rich guy (which I'm not) and if I could afford to have a business that didn't turn a profit (which I can't) I'd start a little bakery and deliver bread by bike...like many businesses did prior to the auto. Yup, that's my pipe dream (ok...it's one of many pipe dreams...always been a dreamer and romantic...thus the reason I am not a rich guy who can afford to run an unprofitable business).

Delivering stuff by bike was commonplace just a few generations ago, and still is in many areas of the world...a few people even do it in the States. A couple summers ago I was in Boston (for the first time since a kid) and was surprised to see a pizzeria chain that delivered their pies by bike (The Upper Crust, click here). Their original location is in Beacon Hill and if you've ever been there you know how steep the streets are. They have large hotboxes bolted to the back of mountain bikes and huff and puff up and down the hills...it's very impressive.

Another is the Soup Peddler (click here for his site, and here for his book). I purchased his book a while back and it's pretty interesting. He's a guy who delivers soup by bike in Austin, Texas. And then there are the people at Bikes at Work (click here) who not only run a successful bicycle delivery business in Iowa, they also build and sell trailers so others can, too.

What I do is more of a cottage industry at best...I bake bread at home and at work on an irregular basis and sell it or give it to friends, family, neighbors, co-workers, and members of the club at which I'm employed. I simply enjoy making bread...it still amazes me.

I've been experimenting with whole grain breads for a while, and Ezekiel Bread is one of my favorites...and I've posted on this bread before (to read that post, which includes a recipe and detailed pictures and instructions, click here).

Take wheat and barley, beans and lentils, millet and spelt; put them in a storage jar and use them to make bread for yourself.
--Ezekiel 4:9

My pretend bakery is named after these guys. 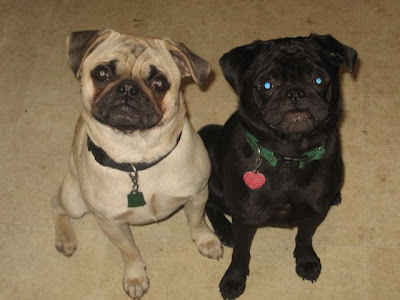 kimsimplyme said…
Oh my! I adore your Pugs! As a Pug owner myself, I love your bread label! Seriously, that is really adorable. I am so smiling.... I always have agreed, Pugs are like potato chips, you can't have just one..(I have a fawn and a black one also...) How wonderful and creative! Have a peaceful evening.
September 16, 2009 at 8:57 PM

As a fellow pug owner you know what a handful they can be. As you've probably heard before...they really are a big dog in a little dog's body.
September 16, 2009 at 9:08 PM

sally said…
Those pugs are so great!
On the subject of delivering bread and other staples by bicycle, and what can be carried on a bike, it seems that a condo developer in Toronto has caught on to the idea that bikes and their usefulness are here to stay...a new 42 storey condo (residential) building has been approved in the downtown area and it will have not one parking space for the owners! Not one. There will however be 315 bicycle parking spots for the residents as well as 9 autoshare parking spots. This would be a real departure for Toronto City Council which up til now has demanded all new residential condos have parking for owners/tenants. The developer says the focus will be on liveable, walkable and bikeable living and so the residents will not need a car. I can hardly believe it. There's hope yet!
September 17, 2009 at 1:54 PM

Sally said…
Joe, if you go to www.yourhome.ca, and scroll down the page you will see the article on the 42 storey condo. The story got lots of coverage in the Toronto papers this week...cheers, Sally
September 18, 2009 at 8:11 PM