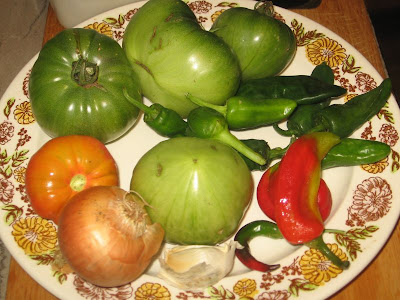 This is a variation of a recipe that I learned from my grandmother; I used (mostly) ingredients that I culled from the garden for the last time this year. I didn't learn this by watching her, but more so from reading her recipe...I inherited her handwritten recipe book which contains a recipe for "Hot Pepper Relish." It's a basic formula that can be applied to almost any summer vegetable...and you can adjust it to your liking to make it as sweet/sour/spicy as you'd like...I went for a slightly sweet and medium spicy version. You can also employ other spices (such as turmeric or allspice). You can also leave it chunky or puree it smooth (which I did for this recipe). By pureeing it it can be used almost like a mild hot sauce and can be applied to almost any food. About ten years ago when I was the chef of a swanky restaurant I offered this on the menu (made with organic yellow peppers and tomatoes) drizzled over pan-roast sea bass...it sold out almost every week-end night. Anyhow, this is how to make it...it's very simple and will taste even better after a day or two.

Begin by dicing the peppers, tomatoes, and onion; crush a couple garlic cloves. Place it in a pot along with any other ingredients; I used organic sugar, white wine vinegar, and grey sea salt. Then cover it and bring it to a boil and lower it to a simmer. Cook it for about ten minutes. 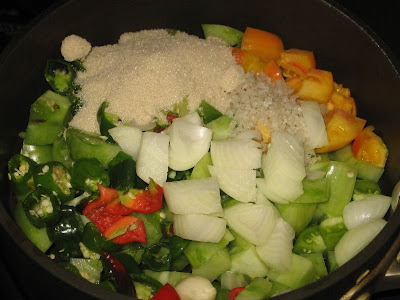 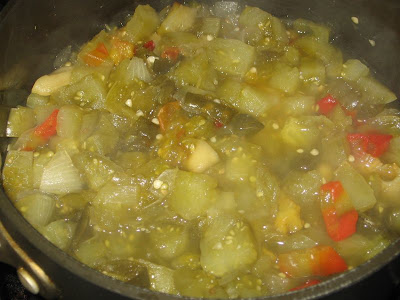 Transfer it to a blender or food processor and chop or puree it to a desired consistency. Use while hot, but it's better to refrigerate a day or so and use chilled. It can also be sealed in canning jars if you'd like a longer shelf life...but that's not usually a problem in my house because it disappears before it expires. 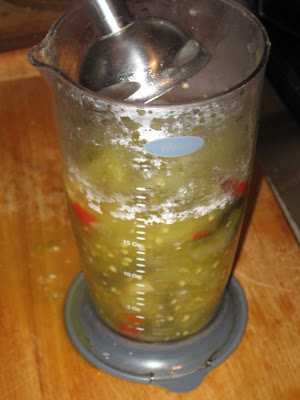 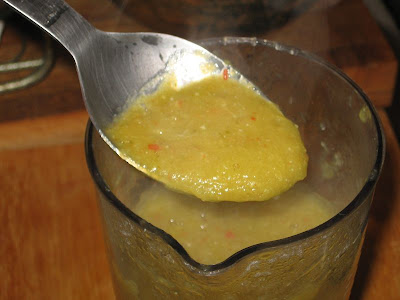 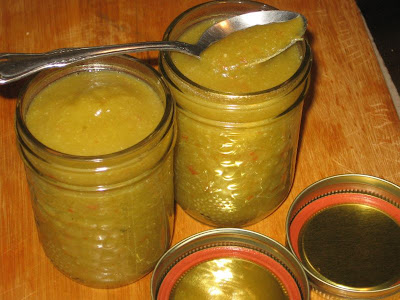