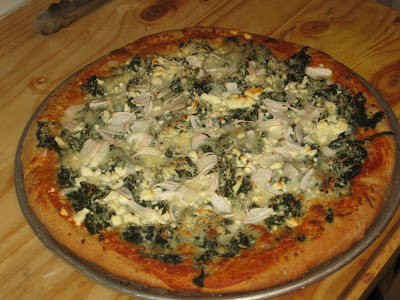 After baking it in a preheated 450F oven for about 20 minutes I removed it an let it rest for another 5 before slicing it. The flavors were intense and delicious; the crust thin, chewy, and crisp...delicious. Now if you'll excuse me I suddenly have the intense urge to have a slice of left over pizza, which is sitting at room temperature on my kitchen counter.
Email Post