Two Views from my Handlebars 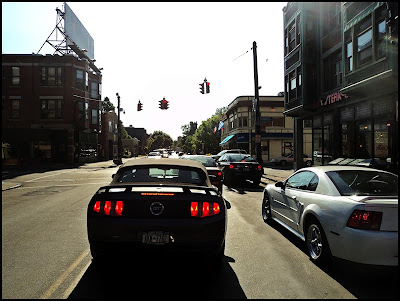 These are two views from my handlebars. The above is in the morning--facing eastward--on my short commute to work, and the below image is in the late afternoon on my way home, facing westward. Both images are on Allen Street in Allentown; the neighborhood in which I both live and work. I enjoy riding a bike on this street because it is so narrow. It is narrow enough that cars have to drive pretty slowly, and indeed sometimes even have to stop in order to let another pass (though when it is not crowded with either morning or evening traffic lunatics do tend to speed down this narrow street.) And when it is crowded during peak traffic times I often ride in the middle of the lane because I can keep pace with the cars if not go faster than them. And on a day like today--that was supremely beautiful outside--the morning ride was so lovely and fresh and the late afternoon ride invigorating after rushing around a hot kitchen. Most days--today being one of them--I felt glad and truly blessed that I was on a bike instead of in a car in traffic, but also that I had the initiative to be on a bike. I'm just saying. I'll get off my little soapbox now. 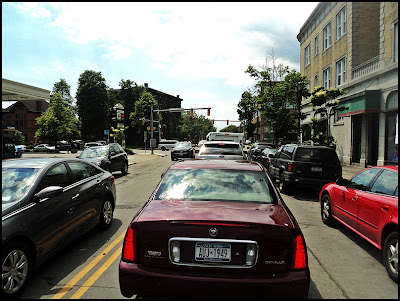