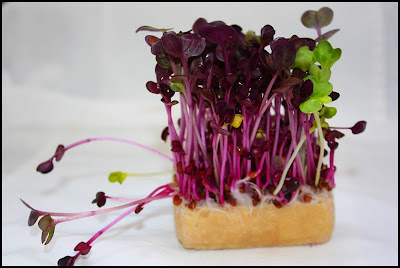 I have a luncheon which I'll be cooking and serving tomorrow and the guest requested either watercress or mache in their salad. When I called my produce purveyor they told me they had neither available but they did have a couple flats of beautiful microgreens, so I took them instead. When they arrived and I opened their cases I was immediately struck by their natural beauty so I snapped a few photos...they taste pretty good, too. 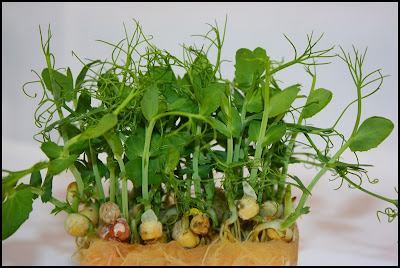 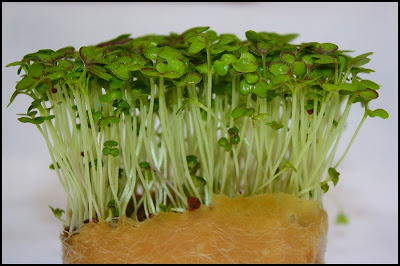 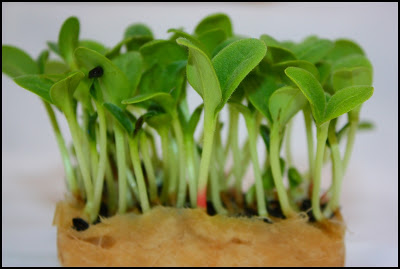 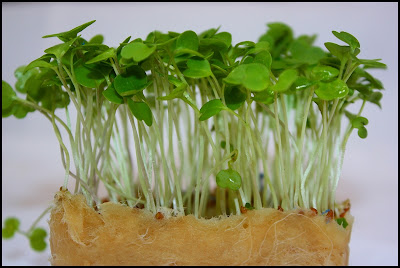