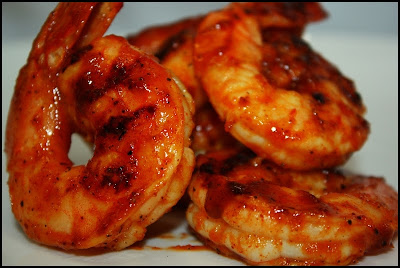 Food historians and etymologists generally claim two theories on the origin of the American barbecue. One is that it comes from the French barbe-a-queue, referring to cooking a whole animal on a spit “from beard to tail.” The other is that it’s derived from the Spanish barbacoa, a method they found indigenous Caribbeans using some five centuries ago.Whatever the origin there are likely as many different recipe and methods as there are cooks who make it. But truth be told the sauce is really easy to make, and it makes nearly anything taste great. The sauce featured in this post is a basic but universal one...it is pictured on shrimp in the above picture but I had it on chicken today as well. Anyhow, this is really easy to make (put all the ingredients in a pot and simmer them) and also really delicious. The sauce will keep for at least a week in the fridge and can be frozen for longer periods. 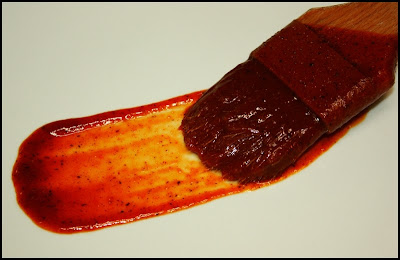 
Combine all the ingredients in a sauce pan and bring to a simmer. Cook over low heat for 20-30 minutes. Stir frequently to avoid scorching. 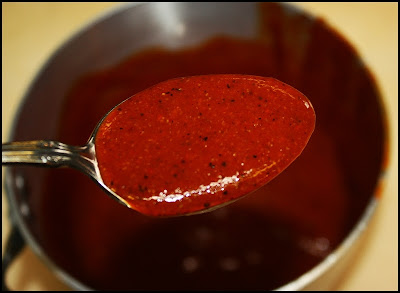