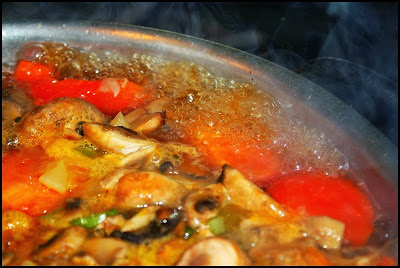 I've been experimenting with vegetable broth recipes for a while now, for days when I choose to not eat meat, which has been becoming more and more frequent. This is not meant to be a vegetarian substitute or imitation of a meat-based broth because nothing can substitute the richness of a well made chicken or beef broth. But it is meant to be a replacement, and a really delicious one at that. The key to it's full flavor is using a lot of vegetables in relation to water, slow simmering, and also the cooking and browning of the onions and carrots which brings out their natural sweetness.

And when making traditional—or should I say animal based—broths, which are usually made with bones and unusable scraps, when the broth is strained the solids are most often discarded. But in the case of this vegetable broth this would seem a waste on many levels. The remaining solids can be added to a soup, pasta dish, mashed and eaten as a side dish, or mashed and mixed with a bit of flour and a few eggs for burgers or patties (or even mixed into your dog's food). There really are plenty of options. And the finished broth can then, of course, be used in any recipe that calls for stock or broth. Anyhow, I hope you enjoy this as it is simple to make and really flavorful. The recipe can be multiplied or divided, and the finished broth can be portioned and frozen as well. 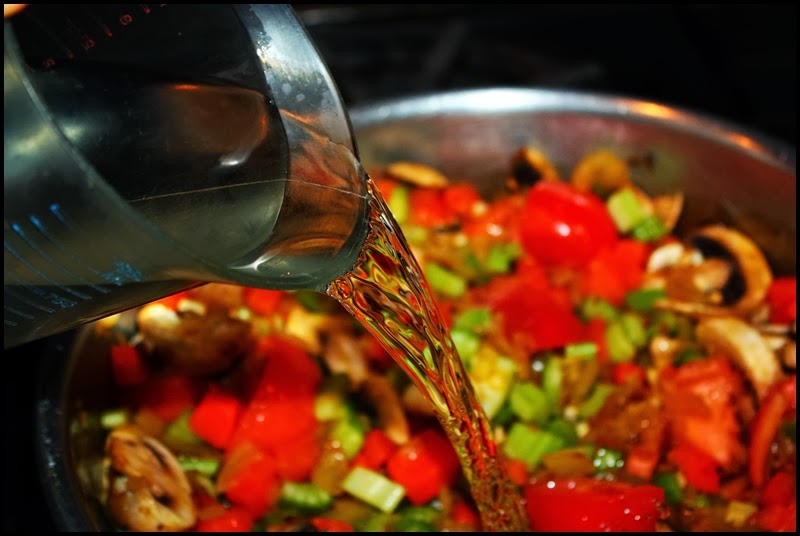 Heat the olive oil over medium-high heat in a sauce pan, then add the onions and carrots. Saute the onions and carrots for about 5 minutes, or until the begin to brown, then add the garlic and cook them for another minute or two. Then add the celery, tomatoes, and mushrooms; stir to combine. Then stir in the cold water, along with the sea salt, bay leaves, and peppercorns. Bring the broth to a boil, then lower the heat to a slow simmer. Simmer the broth—without stirring—for 1-to-2 hours. Strain the broth through a fine mesh strainer, pressing the vegetables with a ladle or the back of a large spoon to extract as much broth as possible. Discard the solids or incorporate them into another recipe. 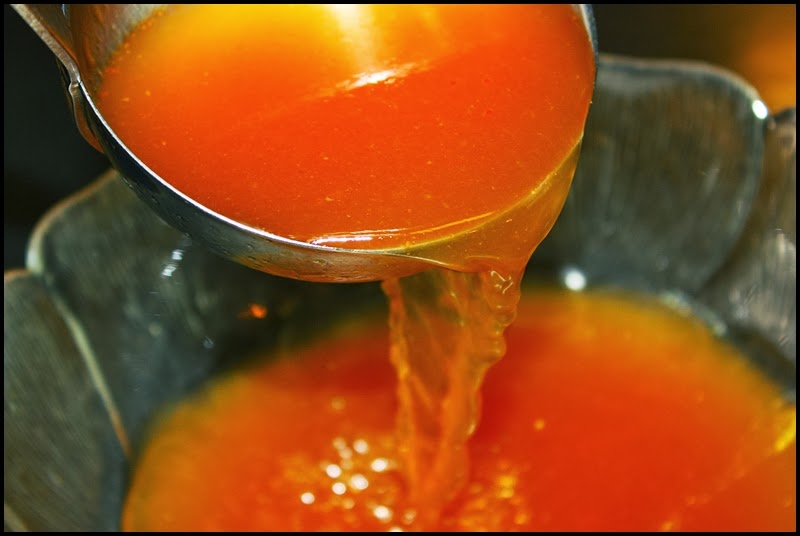