Pasta with Chicken and Other Good Stuff

This is what I had for dinner tonight. It is as simple as it looks, and the flavors are delicious. It's a basic stewing concept...ingredients can easily be interchanged to create an entirely new recipe. Anyhow this is how I made it:

I heated olive oil and added a diced pepper, half an onion, and a couple diced chicken thighs. 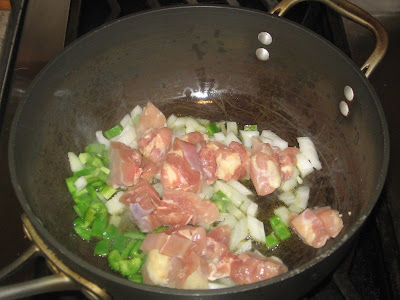 After the vegetables and chicken began to brown, I added garlic, hot pepper, fennel seed, sun-dried tomato, and a handful of dried lentils. 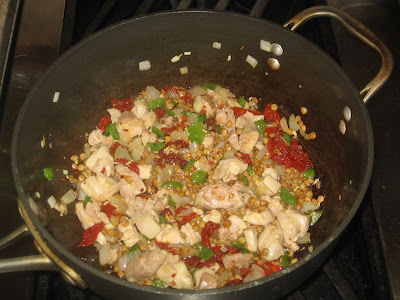 After sauteing that for a few minutes I added some chicken broth. 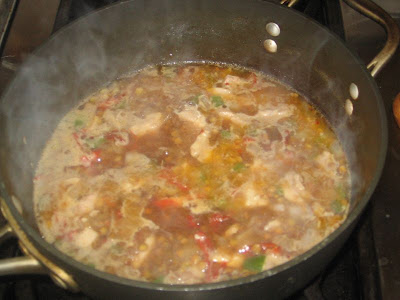 While the chicken and lentils were cooking I blanched a bunch of chopped rapini (to remove some of its bitterness), saving the boiling water to cook the pasta in (plus, the water contained nutrients from the rapini). 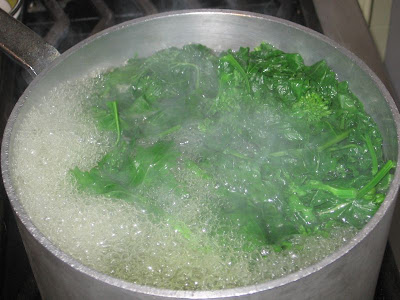 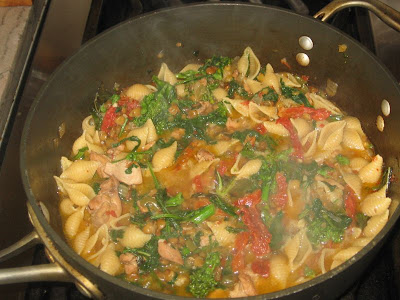