I just returned from a trip to NYC with my son. I try to make it to this beautiful city at least once a year and am always impressed with the bicyclists in America's largest city. And over the past few years the city has become much more bicycle friendly...the city has made great efforts to do this, and they continue to do so. It only makes sense...besides the subway, walking and bicycling are the best way to get around this metropolis. At one point my son and I were in a taxi cab and it was moving so slow that we got out and walked and made it to our destination faster. Anyhow, to read more about bicycle-friendly New York, click here and here. To view detailed maps of the city's bicycle routes, click here.

Here's a few photo's of the clearly marked routes...the first two are along Eight Avenue, and the third is adjacent to Washington Square Park in the Village. 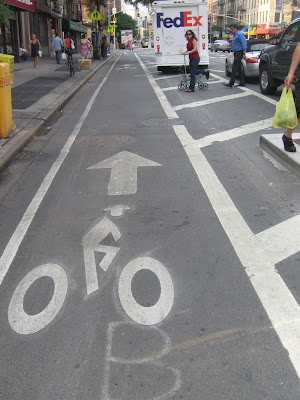 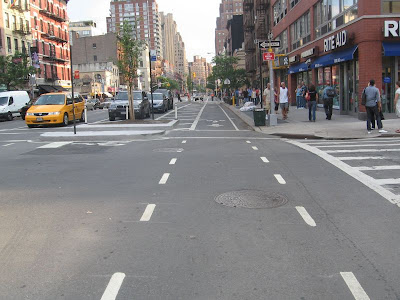 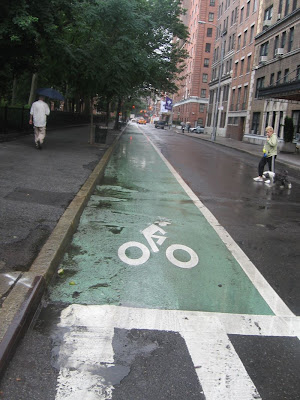 One of the things you'll notice straight away about many of the bicycles in NYC is that many are cargo bikes, makeshift or not...delivering small loads (food, especially) by bike seems to make the most sense. Bikes fitted with racks and baskets are everywhere...many of the baskets are altered to make them able to carry larger loads. 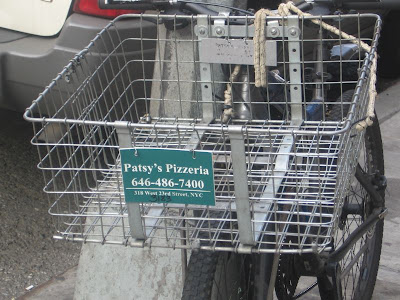 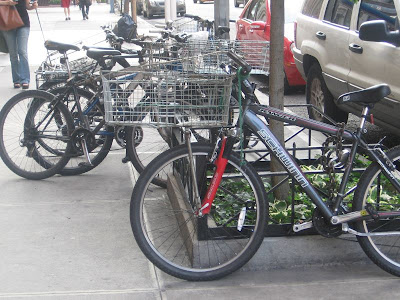 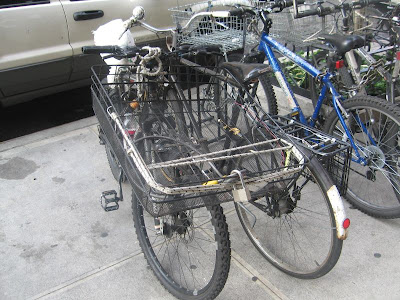 It seems also that there are more bike racks than ever before as well (I may be imagining this)...there were plenty of places to lock up a bike. The first is of a Flying Pigeon locked up just off Union Square, the second is one of David Byrne's bike racks. 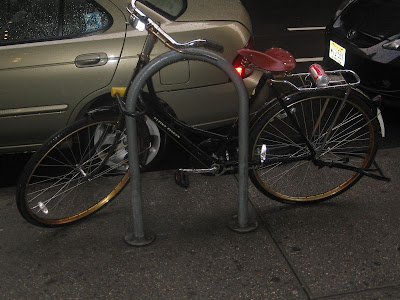 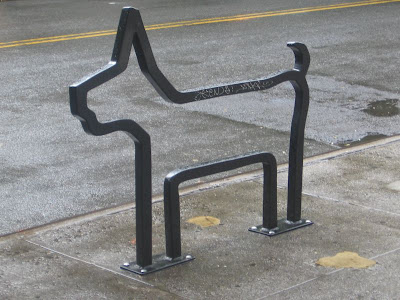 Lastly, walking back to our hotel one evening we came across this frame in the trash...it of course stopped me in my tracks. Sad, I thought. I've posted many times in the past how I am not immune to picking good things from other people's trash, and as I stood there looking at it my son, who had a somewhat horrified look on his face says, "don't take it dad...how will you get it home on the train?" Don't worry, I told him...it's only a Huffy. (But seriously, I'm surprised nobody has taken it...maybe they did...if it were in Buffalo I would have plucked it and donated it to Buffalo Blue Bike.) 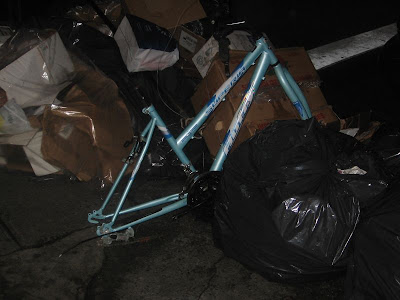