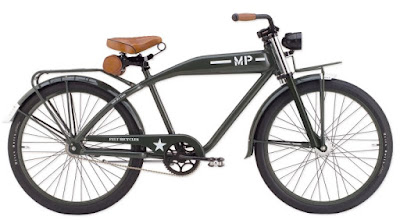 Before I write this post I have to qualify it, or at least explain myself. Firstly (and most importantly), I in no way support war...any war over anything, in the country in which I live or any other...I simply cannot agree to kill another human being...we are, I believe, all inter-connected at some basic level, and to kill another is to kill part of one's self and to kill a bit of humanity. This is truly what I believe.

I'm past the age-requirement for military service, but if I were involuntarily drafted into service I would in fact be a conscientious objector, or one who refuses-to-bear-arms (click here and here). Ok, that said, I'll get off my little soapbox. The reason I'm writing this post is my continued love and fascination with the bicycle...I truly believe that it is our most efficient form of transportation...click here, here, here, or here if you want to see others who believe this as well. I also believe bikes are a very efficient way to haul stuff (one of the main reasons this blog exists in the first place).

Anyhow, the seed for this post was planted when I saw someone riding one of the bikes pictured above; it's made by the Felt Bicycle Company. I pulled up next to the guy at a red light and chatted with him...he was all too eager to talk about his bike, and I have to admit it was a pretty nice piece of machinery. As I rode away I thought there had, at some point, to have been an involvement of the bicycle and the military...of course there was. A simple google search proved this. The Kronan Bicycle (the first one pictured below) is actually based on the design of old European Army bikes.

Here's a bunch of other photos I came across...these bikes look like tanks (no pun intended)...I especially enjoy the old black-and-white photos of entire teams riding fully loaded. I'm curious if bikes are included in any military today (probably not); if anyone is aware of this please let me know. 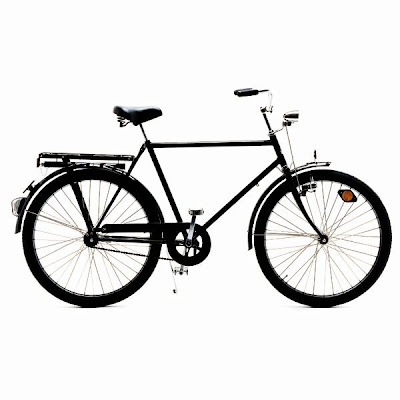 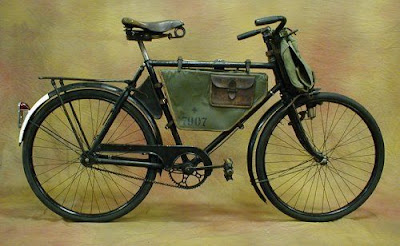 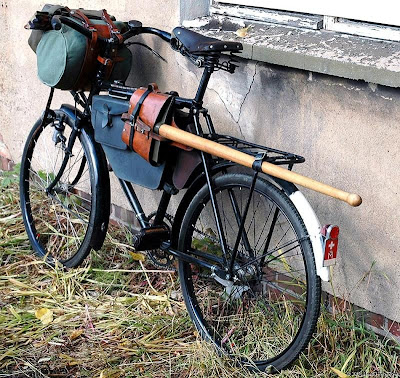 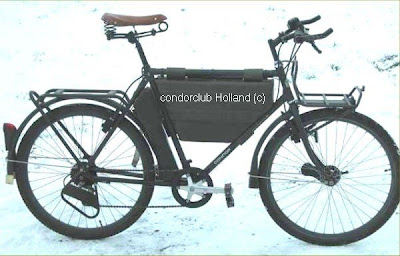 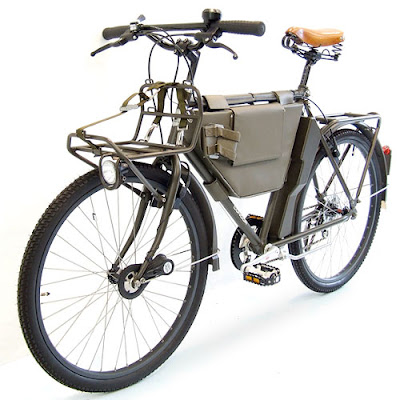 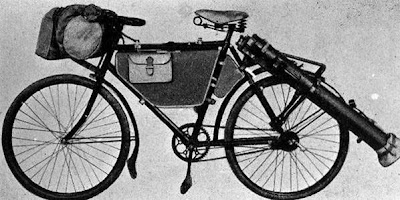 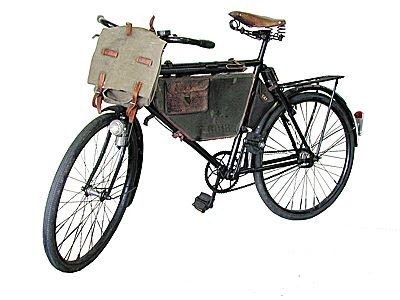 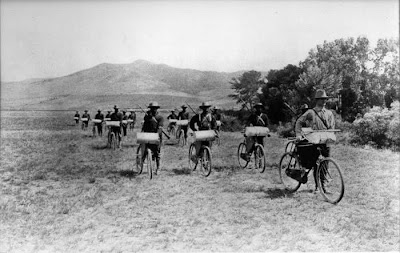 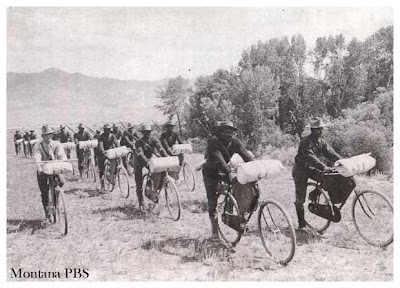 Adrienne Johnson said…
I love the way those bikes are put together and the thoughtful way they are loaded. I would love to have one to ride around!
August 26, 2009 at 2:05 AM

Premodern Bloke said…
I particularly like that Swiss version (5th from top). Apparently they were manufactured into the '90's.
August 26, 2009 at 11:17 AM

When I was in an exchange student program in finland back in 99, I saw finnish soldier fully armed on their bikes (during the winter over there, which is very cold for a guy from Paris France !!!).

I think they still use their bicycle !

Thank's for your blog !