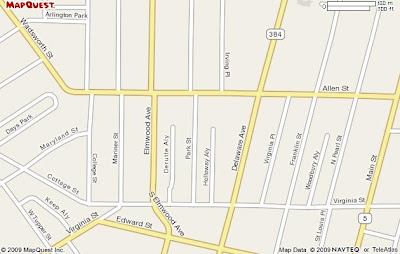 This is a rash generalization, but...what is the deal with drivers and bicyclists? Do they (or at least many) really think that they, because they are in a car and I am on a bike, automatically have the right of way and in any circumstance? Do they automatically think that because they are in a two-ton metal box on wheels and I am not that they can simply barrel through turns and intersections in front of me? Or see me and look me straight in the eye and pull out in front of me and think this is acceptable. Well, I am beginning to think this is true.

About a month ago I posted on an incident where a person pulled out in front of me causing me to nearly collide with her car (click here to read it). Tonight on my way home from work I was pedaling westward down Allen Street approaching the intersection of Delaware and I see a car coming in the opposite direction with their left turn signal on, which would mean they would turn in front of me.

Me, not turning and going straight through the intersection had the right-of-way, this is without a doubt...well, not according to the car driver. As I approached the intersection I could see that this person could see me (I try to make eye contact with drivers so that they know that I am aware of them, and vise-versa). By now I'm approaching the middle of the intersection and I'm looking right at her and I can see that she is not breaking...instead she just turns and starts honking her freaking horn! Are you kidding me? I was, I believe, about two seconds ahead of being broadsided.

There are, I truly believe, too many cars on the road today...and they make people crazy. And cars are so comfortable today that I don't think they sometimes remember that they are not on their living room couch but are in fact driving around this enormous piece of machinery. Now I know that many, but not all, readers of this blog are younger than me, but does anyone (or everyone) remember when each family owned just one car (egads...just imagine)...my family, in fact, didn't own a car most of my youth...we walked or took public transport (four kids and two parents).

Now things of course are different today...way different. It seems there is a car in the driveway for each person above 16 years of age: two parents and two teenagers; 4 cars. And I don't think I'm exaggerating here.

I'll say it again: there are simply too many cars on the road AND they make people crazy. 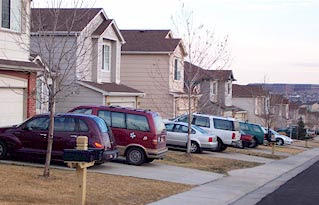 Premodern Bloke said…
"Do they (or at least many) really think that they, because they are in a car and I am on a bike, automatically have the right of way and in any circumstance?"