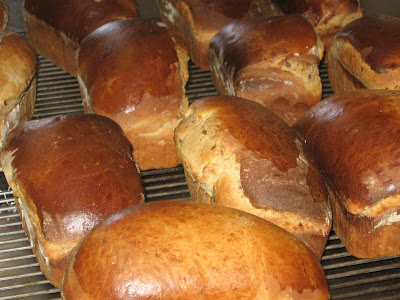 I made a bread recipe that is slightly different but at the same time just a variation on a theme. I made cinnamon-raisin bread using a traditional recipe but including the raisins in the preferment. It was interesting because the raisins, though not entirely disintegrated, became so soft that when I mixed the dough they sort of melted into it...becoming part of the dough. It was as if they were predigested, which is not too far off from what fermentation does. They gave the dough a brownish color that looked like I used whole wheat flour (I didn't) and they also gave the dough an interesting flavor and suppleness. Anyhow, here's how I made it.

I mixed together white bread flour, water, yeast, sugar, cinnamon, and raisins and let it rest at room temperature. Here it is after 18 hours. 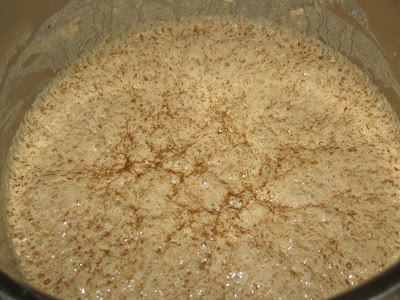 Then I poured the preferment into a mixing bowl and added a few eggs, more flour, a little more yeast, and kosher salt. After kneading it for about 5 minutes i added melted butter and kneaded it for another few minutes. You can still see some of the raisins in the dough at this point. 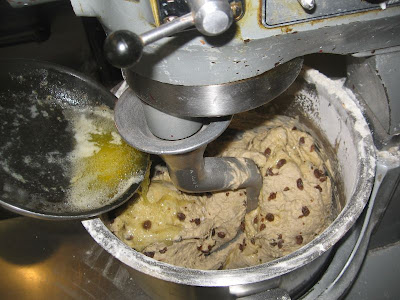 Then I put it in a bowl, let it rise twice, cut it into 18oz pieces, rolled them into loaves, put them in pans, and let them rise again. Just before baking them I brushed them with an egg wash. 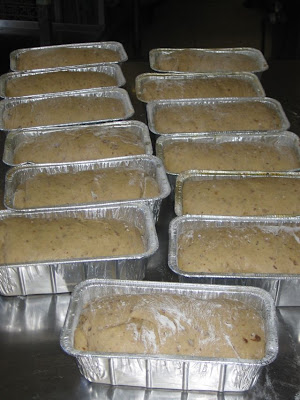 They didn't seem to rise that much but when the went into the oven they had probably a 20-30% oven spring. The aroma of the breads baking was intoxicating to say the least. The resulting loaves are delicious...soft, sweet, full flavored. (Note the lack of whole raisins in the sliced loaf.) 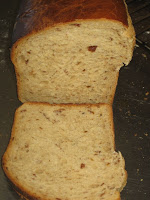 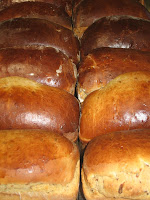