Bread From a Fixed Oven 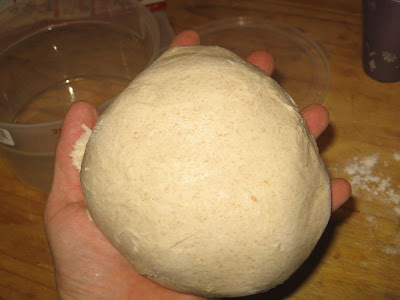 I have baked bread in some unconventional conditions. I once, for example, baked bread in an oven so old that the door actually fell off when I opened it...I held it closed with a chair until the bread finished baking. And for a year or two I baked bread in an outdoor oven in my backyard that was built from bricks from a bar that was torn down. And for the past year or so I have baking bread in an oven that wouldn't stay on consistently (yes, all the bread you've seen baked at this blog has been done in a malfunctioning oven)...the gas would keep kicking on and off. I've been planning on calling a service person to fix it (and dreading it because of the cost) and then I met someone yesterday who said these simple words: Have you cleaned the intakes? Huh? I mumbled. After telling him the symptoms he told me it sounded like the gas was "oxygen-starved," that it couldn't get enough air to stay lit. This oven is about 20 years old and has been in the same place for about 8...I knew nothing of intake vents. In the past 8 years this oven has sat there and baked through 3 shedding dogs (including the two that are currently part of my household) and sketchy housekeeping to say the least. At any rate, when I took the front plate off the bottom of the oven sure enough two small vents were plugged. After cleaning the oven works like a charm. I was so excited I made a single loaf of whole wheat bread (click here for a longer version of the recipe with pictures). Flour, water, yeast, and salt...that's all. Beautiful, isn't it?  Urban Simplicity 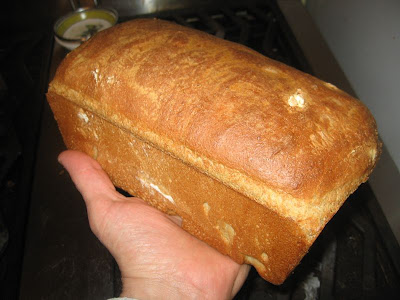