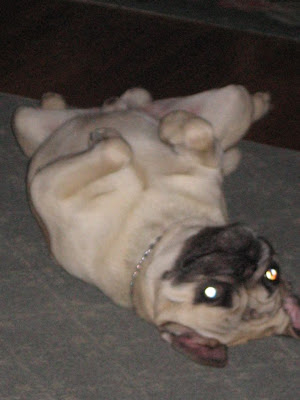 I have been a dog lover my entire life, but my two pugs are the first small dogs that I've ever kept (interestingly, they've been described as large dogs in a little dog's body). The pug is a very old breed...possibly as old as 400 BC. They are Chinese in origin and are said to have been originally bread to amuse the Emperor. This photo is evidence that a couple millennium later they are still doing their job...entertaining people (me mostly). This truly is (urban) simplicity.  Sometimes it's the little things...

We can, I believe, learn a great deal from our canine friends.
Urban Simplicity.
Email Post