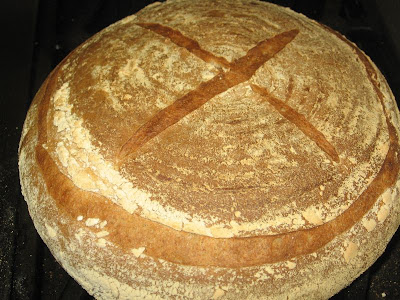 After not using it in nearly nine months I recently resurrected my sourdough starter. I've had plenty of starters but this is the original, named 799 as in July 1999, the month and year it was conceived. When it is bubbling and fully a live it is truly a beautiful thing to behold...yup it's that gooey mess below. 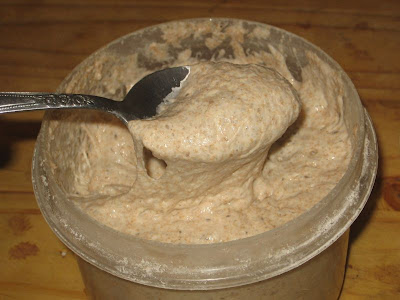 Bread made with a natural sourdough starter (and absolutely no store-bought yeast) is unparalleled by other breads...the flavor and textures are so multi-layered you'll swear on first bite that you'll never buy a flabby and bland loaf at the supermarket again.

It's also a very old technique, the original actually. It takes a while but it's not complicated. This loaf, for example, took 6 hours to fully rise (but it was worth the wait). And when you make bread in this fashion you are in fact making it the same way as it was done for millennium (OK, so now we use electric mixers and gas stoves, but you get the picture). Sourdough baking, like wine and beer making, is a form of controlled fermentation. The beer making process so closely resembles that of bread making that some refer to it as "liquid bread." To read more about fermentation and it's health benefits with recipes, click here.

Anyhow, here it is in photos (I wish they could make smells come through the internet...its aroma is intoxicating). 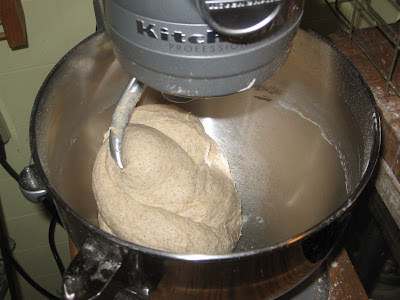 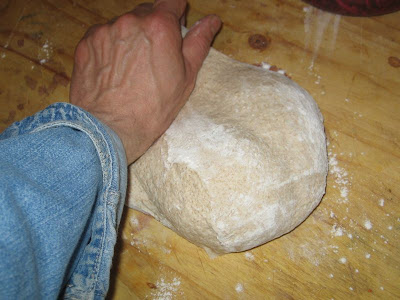 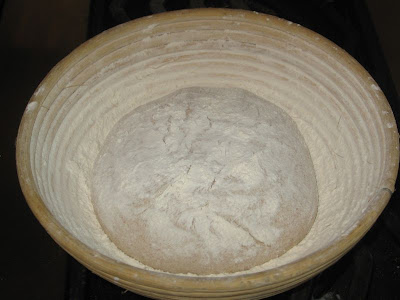 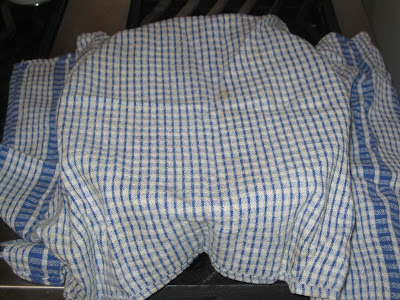 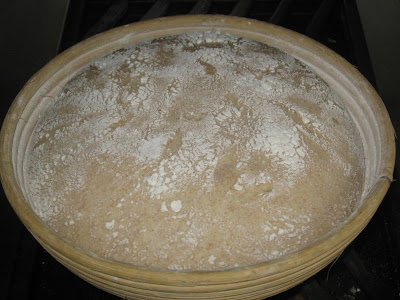 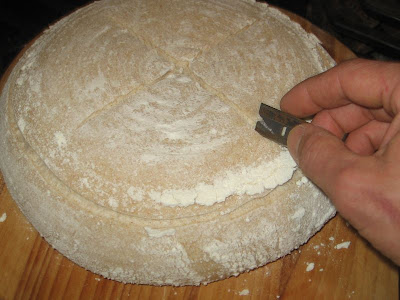 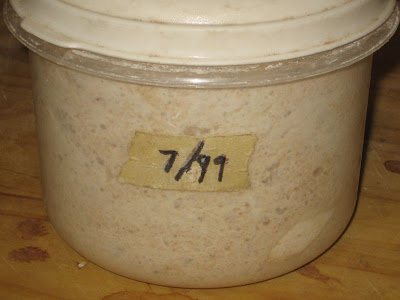