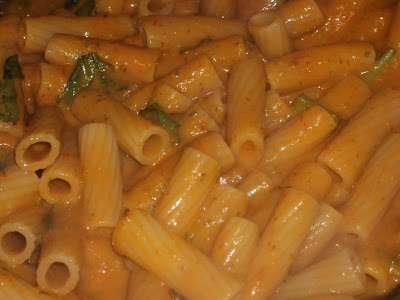 This is a basic tomato sauce recipe that I make all summer long with fresh tomatoes and basil from the garden. At the end of the season I usually make a larger batch and freeze it in increments (click here to see a previous post regarding a large batch). This is so easy to make and also versetile. Because it's made with fresh tomatoes and aerated in a blender it takes on an almost creamy texture, but there is no actual cream in it. I usually use it as a pasta sauce but it could just as easily be used as a braising sauce for chicken, fish, or pork...or as a base to a soup. Once you have the ingredients diced, the actual sauce takes minutes...about as long as it will take to bring a pot of water to a boil to cook your pasta. Anyhow, here it is in 4 easy steps. 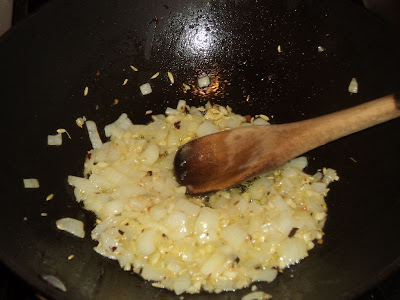 Next add the diced tomatoes and a cup or so of liquid. I like to add chicken broth, or sometimes white wine, but vegetable broth will do also if you want it to be vegan. I suggest not using water as you would dilute the sauce instead of adding flavor. 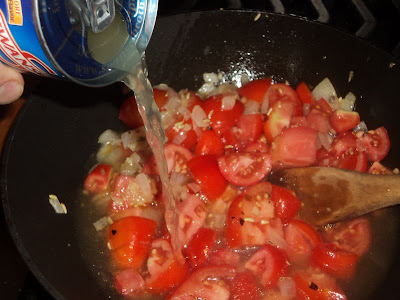 Bring the sauce to a rolling boil, then lower it to a high simmer (almost boiling). This does two things. First, it emulsifies the olive oil and juices (also adding to the creaminess) while at the same time it breaks down the tomatoes. But the other and almost more important thing that happens is the liquids evaporate (the liquid you added and the juice from the tomatoes). When this happens the flavors become concentrated. This will also give the sauce viscosity. Simmer/boil the sauce for at least 5 minutes, watching that it doesn't reduce to quickly and burn. At this time also add a pinch of sea salt. 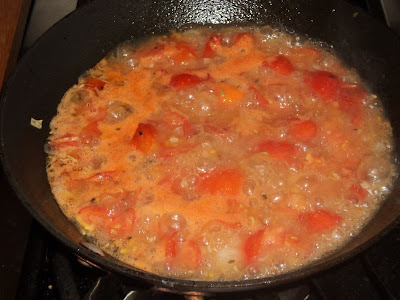 Transfer the sauce (carefully) to a blender. At this point I also usually add a handful of fresh basil. Blend the sauce to a smooth puree. And that is it! Eat it and freeze any leftovers. 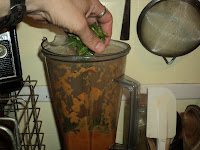 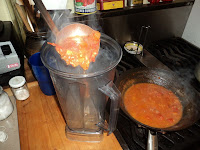 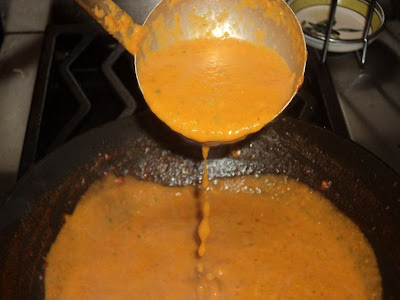