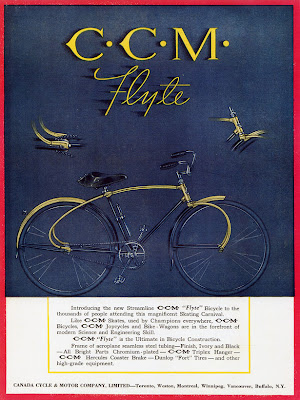 Image found here.
I came across this old advert a while back and decided to finally post it. What I like about it is that while it is a poster for CCM bicycles, produced at one time by our friendly neighbors to the north, the only American city where these bikes were made and (sold at one time) is the city in which I was born and raised (and still reside)...Buffalo. According to the author of this book and curator of this bike museum Buffalo has a distinct and influential past in the evolution of the bicycle. Maybe. I don't know. It's hard to see now. There was, though, an article in our daily paper recently discussing the rise (again) of bicyclists in our fair city (click here to read the story). It's difficult to believe it with the amount of times I've been yelled at to "get off the road" by crazed drivers. At any rate, it would be nice if they (CCM) still produced bikes like this (below photo) here or just north of the border. 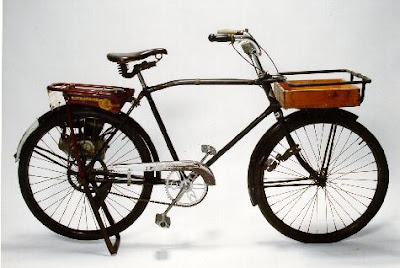