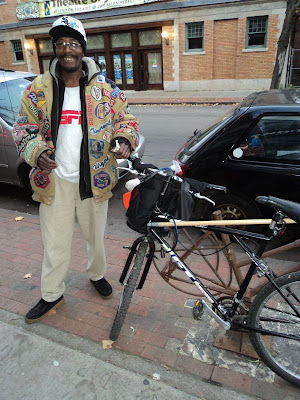 This is Bobby Ellis. I see him on his bike all the time and thought I'd finally introduce myself. What is interesting about him is not only that he uses his bike for transportation--that's not that uncommon, after all--but that his bike is his business operation...sort of. If you live in Buffalo you've seen him...he's a window washer, among other things, and carries his gear around on his bike with him. I was walking down the street this evening and saw him and asked if I could take his photo for my blog...he was all too happy. He also told me his YouTube name is the Fabulous Human iPod (because he sings) and that we could find videos of him there. Thought I'd post one along with these photos but have been unsuccessful locating any. Anyhow...I though this was pretty cool, the window washing bike rider...and he's a human iPod. 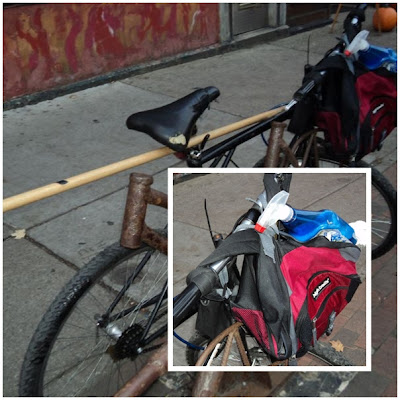