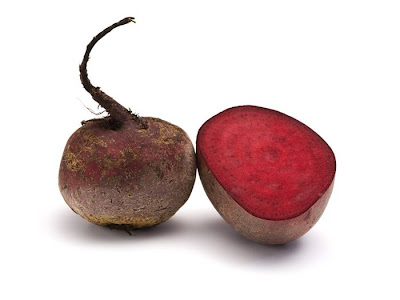 The above image was found here.
This post is proof of two things: (1) good and wholesome bread is simple to make, and (2), you can add nearly anything to the dough (within reason, of course) and have truly delicious and unique results. If you've been to this blog before you know that I like to bake bread, and that I do it often and with different flavorings; some of them unorthodox. This, I'll freely admit, is one of the oddest, but the resulting bread is not only beautiful but also delicious. The idea for this bread began, oddly enough, when I reached into the back of a cooler at work and knocked over a small bucket of water that also contained raw, diced beetroot...yup, you guessed it, beet juice everywhere. Anyhow, I had forgotten the beets were in there (obviously) and as I was mopping up the magenta-colored liquid I had the brilliant idea (ok, maybe it's not brilliant) to make bread with them. And after weighing and shaping the loaves I found myself with a small portion of the raw dough (that wasn't really big enough to make a loaf), so I rolled it flat and cooked it as beet-flavored flatbread...delicious. I can feel my late Lebanese grandmother smiling at me. The flatbread, because of it's short cooking time, retained much of it's  beautiful color, while the loaves themselves, which of course bake much longer, turned a golden brown with slight pink around the edges. Gorgeous. Anyhow, this is how to make it:

Boil the beets until very soft, allow them to cool to room temperature in the cooking liquid. Strain them, retaining the liquid. Measure some of the liquid with the beets and puree them. I used 100% whole wheat flour for this bread so I started the dough in two separate bowls (click here to see more explicit pictures on how to do this; click here for a recipe). 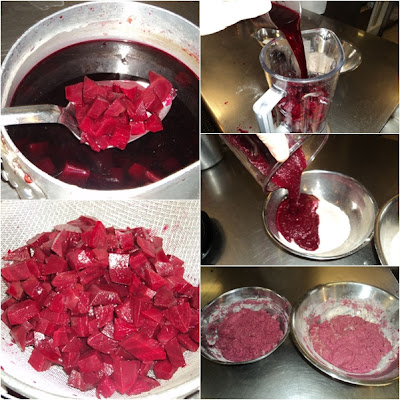 After the preferment did it's work I mixed the dough. Beautiful, isn't it? 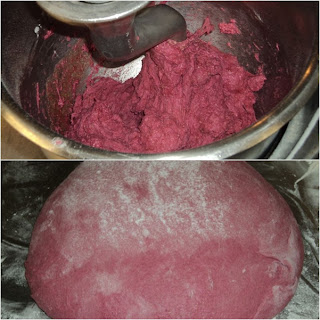 After the dough rose once, I gently pushed it down, and let it rise a second time. 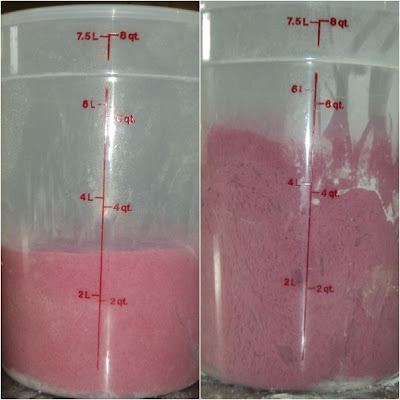 Then I weighed, shaped, and panned the dough. 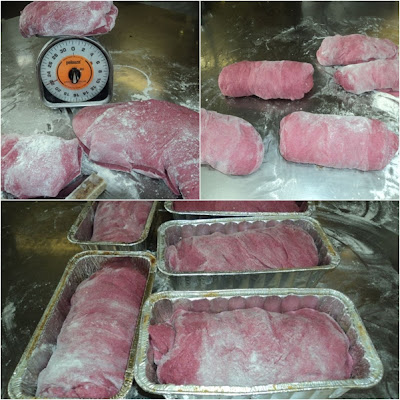 After it rose in their pans I baked it in a pre-heated oven. 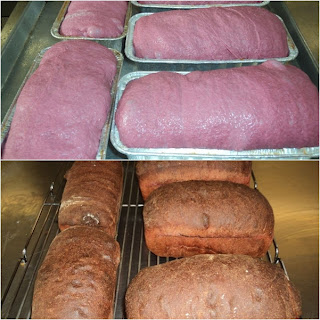 And as aforementioned, while the loaves were rising and fermenting I baked a loaf of flatbread, which satisfied myself and the rest of the kitchen staff until the loaves were finished.

I have to say that this has one of the most interesting flavors  for a bread I've ever had...while not entirely sweet, it does have a sweetness (I also added a bit of honey to the dough). And despite it's beautiful color, there is only a hint of beet flavor. The dough is soft and airy. As I type these words I'm having a PB & J on this very bread (toasted)....mmm. That's all that needs saying. 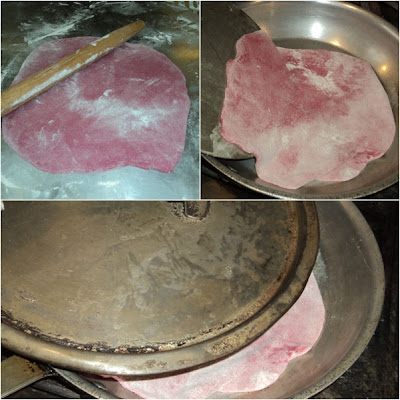 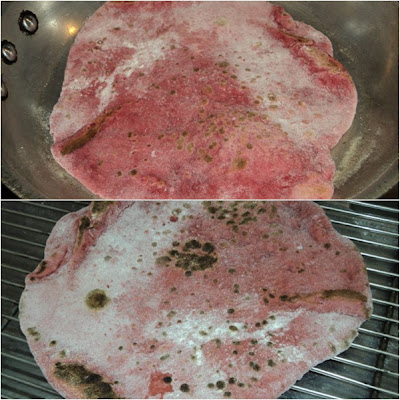