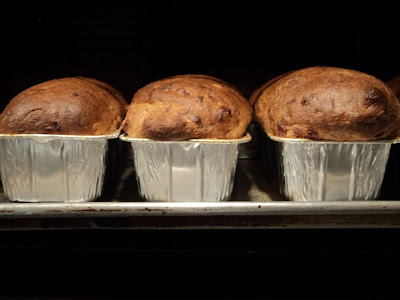 Here's another bread experiment I tried today; the outcome, thankfully, was awesome. It's a variation on the basic whole wheat bread recipe using only 100% whole wheat flour (to read an article with recipe that I wrote for Artvoice magazine explaining the process in detail, click here). The variation with this recipe is that I added cooked and mashed potato for flavor and texture, and the water was replaced with beer (and a little milk). I also added eggs for richness, and cheddar simply because I like cheese. I had planned on adding caraway seeds but forgot...there's always next time. If you think bread made with whole wheat flour is always heavy and dense think again...and try this method. Anyhow, here's the recipe in pictures, an actual printable recipe follows. 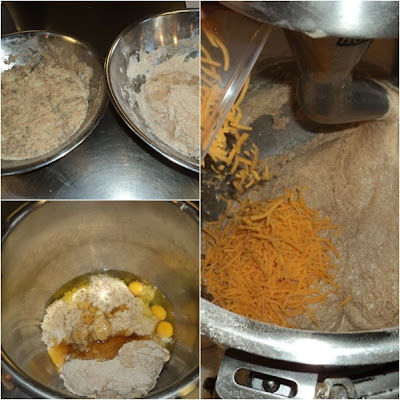 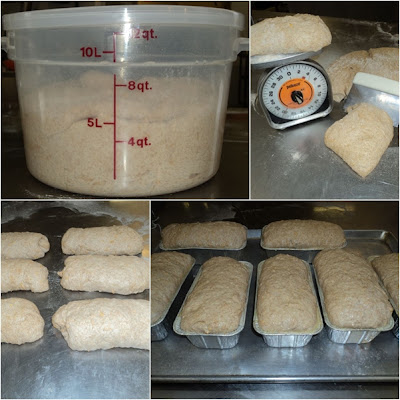 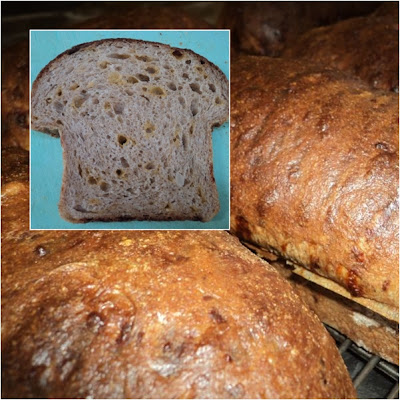