Lebanese Chicken-and-Rice (yet another variation) 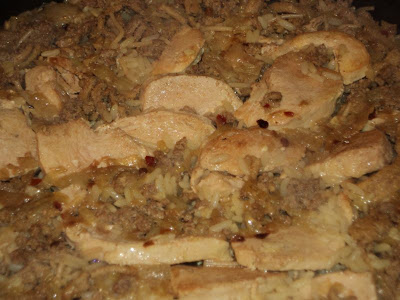 I've posted numerous times on Lebanese food in the past, mostly because I truly believe that it is one of the great cuisines of the world., but also it is a food that I grew up with; I am second-generation Lebanese-American...half actually, my father's family was from "the old country." Chicken-and-rice is my favorite recipe (from many cuisines) and I make variations of it often...and leftovers taste even better. Anyhow, this is another variation. The reason this is a variation is thrice-fold; firstly it is made with ground turkey (instead of lamb or beef), and I also used sliced boneless chicken breast (instead of bone-in chicken), plus I seasoned it with--in addition to the usual cinnamon, allspice, and cumin--turmeric and hot pepper. This recipe, then, is not the classic recipe, but it was really delicious none-the-less. If you've never had this dish I hope you try it because not only is it really, really delicious (did I mention how good it is?), but it will make your house smell delicious as it cooks...and it's easy to make, too. Below is a basic recipe for it (using whole boneless chicken breasts), and if you'd like to read more about it (and my views on it's correlation with the American processed food, Rice-a-Roni), see more pictures of it being made, or would like links to other Lebanese foods, click here.


Lebanese Chicken-and-Rice
Makes 4 servings
3 tablespoon olive oil
4 chicken breasts
4 ounces diced onion
2 ounces vermicelli, broken into pieces
12 ounces ground beef or lamb
1 tablespoon minced garlic
1 teaspoon cinnamon
1/2 teaspoon ground cumin
1/2 teaspoon ground allspice
3/4 teaspoon salt
1-1/2 cups long grain rice
3 cups hot chicken broth
2 tablespoons minced parsley
Heat the olive oil over high heat in a heavy-bottomed pan. Sauté the chicken on both sides until golden brown. Remove the chicken from the pan and set aside. Add the onion and vermicelli to the pan and cook until golden; remove and set aside. Add the meat to the pan (and a little water and/or oil if necessary) and cook until the meat begins to brown, then add the garlic and cook another minute or two. Add the cinnamon, cumin, allspice, and salt; sauté two minutes while stirring. Add the onions and pasta back to the pan along with the rice, stirring to fully coat it with with the oil and spices. Then add the chicken breasts to the pan, pushing them gently into the rice. Pour in the broth and cover the pot with a lid. Reduce the heat to a simmer and cook for about 18 minutes, then remove the pot from the stove and allow to rest for 5 minutes. Sprinkle with minced parsley. 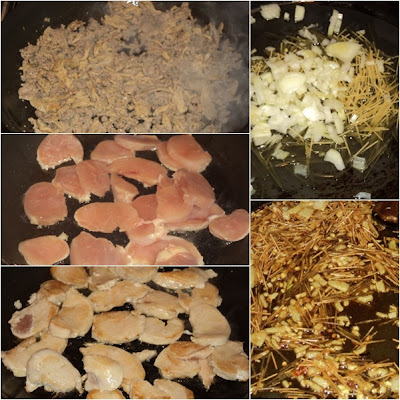 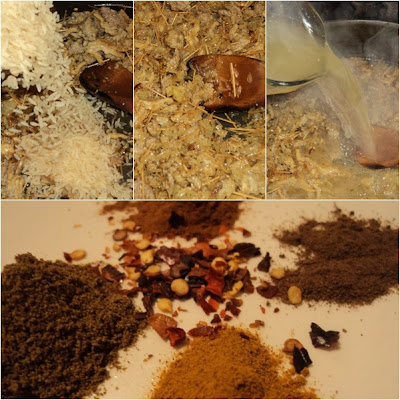 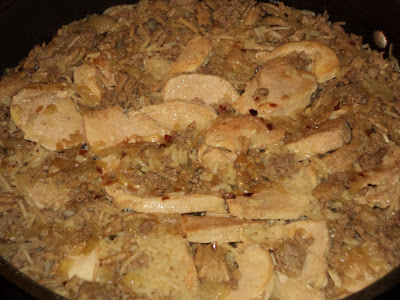 I had your Lebanese Chicken and Rice for dinner this evening - most enjoyable.

Thanks for the recipe and motivation.