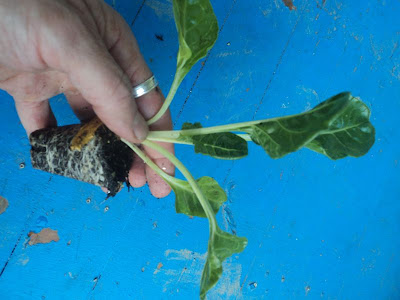 As I've mentioned in previous posts regarding gardening, my vegetable garden(s) are a new experiment each year. In fact they began as an experiment about twenty years ago. I pushed a few things in the ground and was surprised that they grew...and grew and grew. Anyhow that was an apartment and a house ago...the house I currently live in has seen some of my most aggressive experiments yet. But usually by this time I have everything in the ground. Because of the cold and rainy and cold and rainy spring (did I mention cold and rainy?), and other personal things, I was at a late start. I've gradually filled in the front yard garden but have yet to begin the one in the rear of the house...worst case scenario I'll just have one out front this year (egads!). But then again maybe I'll experiment and plant things late. Anyhow, the garden is finally starting to show signs of growth and their are a few flowers on some of the plants. Here's a few pictures. To see pictures and previous garden-related posts (with pictures) click here. 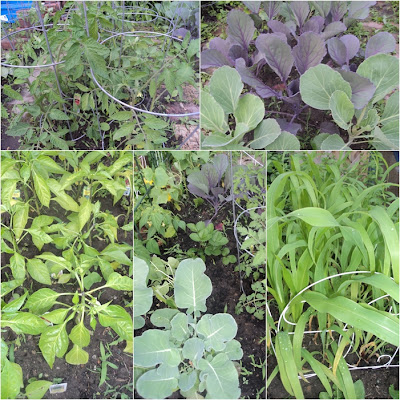