Half Moon over Buffalo 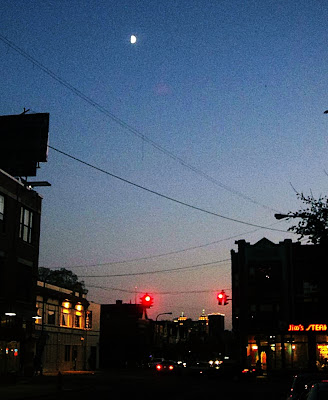 Today was the first day I've felt mostly back to "normal" (what is normal), meaning I am finally starting to feel well after a week-and-a-half illness, an early cold. Nothing major, but I was really sick for a bit. You know what I'm talking about...when you are so rundown that everything is a chore. Anyhow, that's all I'll bore you with other than for the past week or so I have hardly ridden or gotten much physical exercise. Tonight, after feeling up to it, I rode over the the health center for a long steam and a brief swim, and then on my way home I saw the above image. It's an image of one of my favorite intersections in Buffalo so I stopped to take it's photo. It was such an awesome fall evening and it felt so good to be on a bike again as I breathed in the fall air. When I started out it was unseasonably warm and the sun was shining, and on my way home the moon was high above with nary a cloud in sight. Beautiful. And as I snapped the photo and stopped for a minute to admire the sight before me, I couldn't help but think of all the people across the hemisphere that could see that same moon just as I did. Anyhow, just thought I'd share a couple photos; click them for larger views. 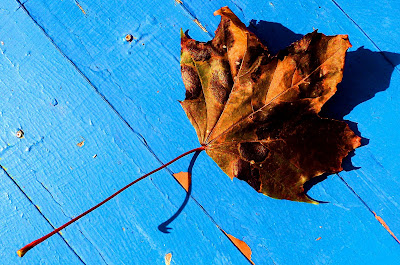