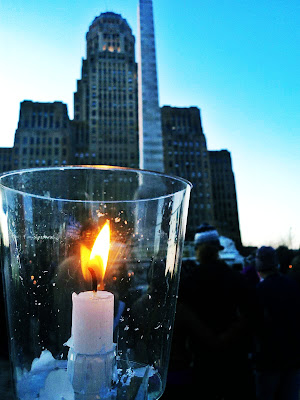 I hadn't been to Occupy Buffalo for a couple weeks but heard that this evening they were having an interfaith service and candlelight vigil so I went down. I was impressed with the occupation for a few reasons today. The first is that they are still there...we have had some foul weather and they have stayed. And not only have they persevered, but it looked to me like there were at least twice the amount of tents as the last time I visited. The gathering today was moving. By the looks of it there were a fair amount of visitors (which I count myself). There was a series of clergy speaking and then--as we were all handed candles and lit them from one to another--we sang Amazing Grace. Tears always well up in my eyes when I hear that hymn. It was really awesome to be standing there in the cold with a rather large group of people whom I did not know personally but realized that we were all related or connected in some way...brothers and sisters of the same human race. It was a really nice way to spend a couple hours, I almost didn't go...but I'm glad that I did. 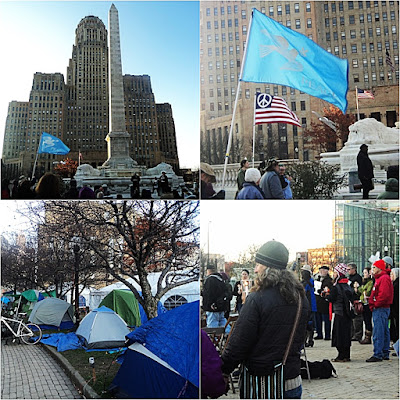