A Rainy Sunday Afternoon at McSorley’s 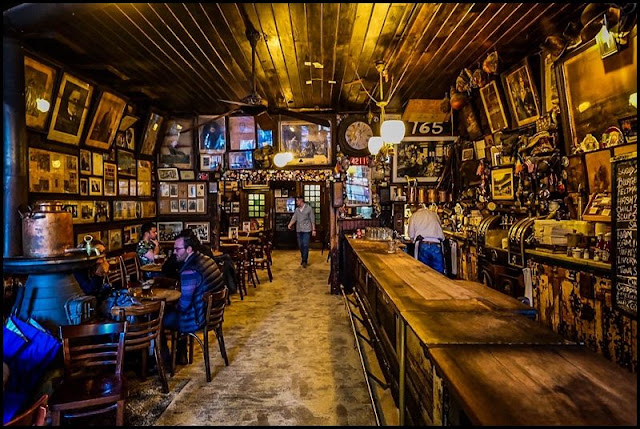 So I was in NY this past weekend for a reprieve from my daily routine, I try to do this once or twice a year and as usual spent most of my time in the East and West Village. If you’ve ever been to the East Village you’ve also likely been to McSorley’s Old Ale House on 7th. I’m drawn to such places not because it is a tourist attraction but because of its history. Indeed, any day after 5pm you’ll find the place packed with tourists from around the globe and also drunken college kids. During this time I feel as though I am in a sort of bar version of Times Square; a Disney bar. This said, early in the afternoon you’ll find it still attracts locals and feels like the corner tavern it once was. This was the case when I was walking in the pouring rain this past Sunday afternoon and went in for a respite from the weather.

Standing there at the bar while the place is nearly empty truly is a sort of time travel experience. There are no televisions and there is no music playing. Just people talking, that’s it. The silence seems to encourage people to talk to one other.

McSorley’s was opened in 1854 by an Irish immigrant named John McSorley. It has been operating as a bar nonstop ever since. It didn’t close for prohibition like most other bars and instead sold what they called “near beer.” 1 Throughout it’s history there have been a list of notables who’ve bellied up to the bar, including presidents such as Abe Lincoln, Ulysses S. Grant, and Teddy Roosevelt. 2 But like most places that sell libations, McSorley’s also drew creatives as well. One of the more notable ones was the poet EE Cummings, who wrote his now famous poem there, as a sort of ode to the place, I Was Sitting in McSorley’s. 3

McSorley’s was also a holdout as a men’s only bar until 1970 (personally, I find this odd as I like to be in the company of women when I am enjoying a drink). After being sued, they begrudgingly allowed women, and the first to walk through the doors was Barbara Shaum, who knew the proprietor and most of the employees because she herself was a business owner and ran a leather goods store just a few steps away. 4 Though they did not install a separate women’s bathroom until 1986. 5

Anyhow, this is what I was thinking as I stood on a rainy day leaning against the bar in the East village. The history is palpable and I could feel the presence of those who leaned on the same bar before me. I wanted to take a photo but not without permission, so I asked the bartender. He responded that if it was alright with everyone else it was okay with him. The only people I did not ask were the single table of tourists from Arizona to the left in the picture. Not in the frame are three older guys who live nearby and have come here for years in the afternoon, “before the kids show up,” one mentioned. They were to my right and did not want to be in the be in the photo so I took one step forward and aimed the camera as to honor their request.

I don’t always think this but in some photos I do, that in some instances a photograph is really capturing time, and that’s what this is. For a split second it stopped time. Other than the modern dress of the few patrons this photo could be any time. After snapping the photo the bartender (who turned his back to the lens) asked me if I got what I wanted. I did, I told him. Then I slugged the last of my beer and stepped out into a full downpour on a Sunday New York afternoon. 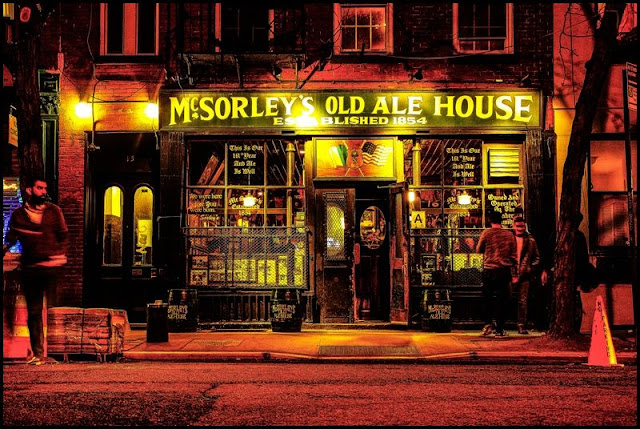 This photo was shot a couple years ago