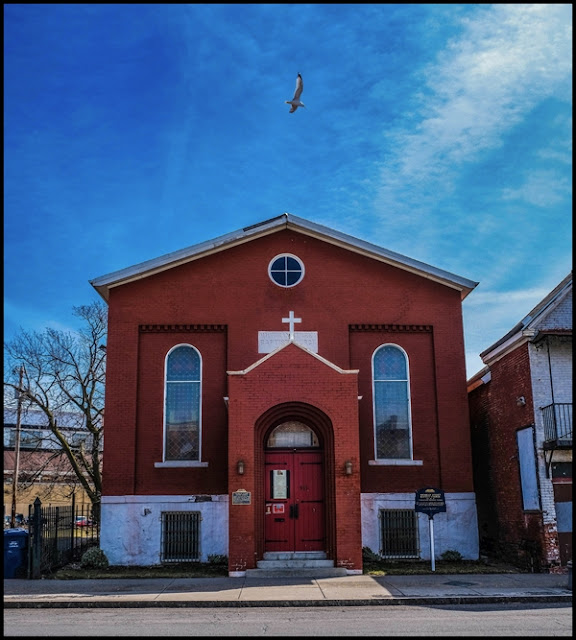 Yesterday, along with many other people across the city, I partook in Doors Open Buffalo where many buildings and businesses across the city--as the name suggests--opened their doors to the public. Planning on stopping at and photographing 4 or 5 churches I ended up at just this one; the Michigan Street Baptist Church.

This church is important and historic for many reasons. One is its age. The congregation was first formed in 1836 and the building itself completed in 1849. But it is the congregation itself that is important as well..this was the first black church of any denomination in the city of Buffalo. This, and also the fact that they were instrumental in the success of the Underground Railroad. Not only did they hide freed slaves, they helped get them safely across the border to Canada. 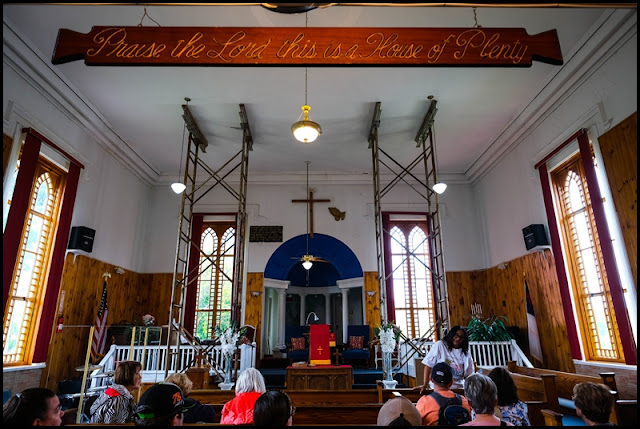 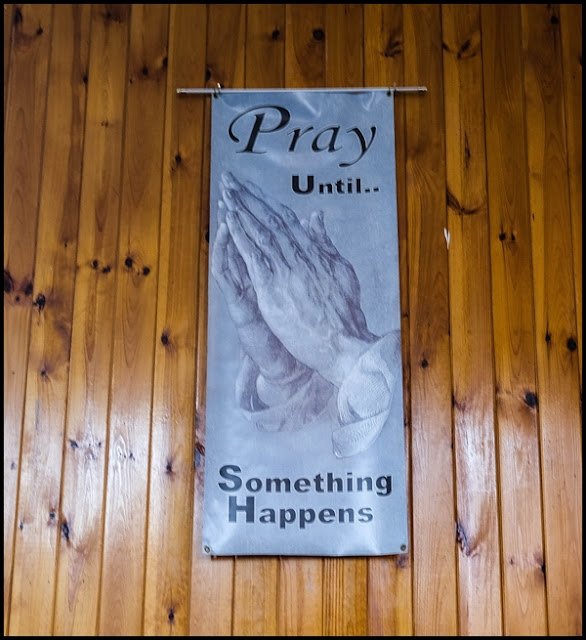 After visiting their humble sanctuary I was about to leave and move on the the next church when I heard someone say, "Don't forget to visit the basement, Bishop Henderson is giving tours." 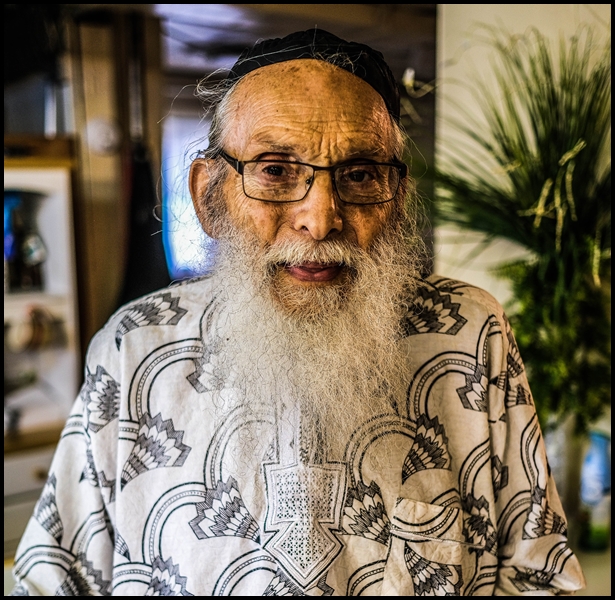 Upon entering the small basement I saw an elderly man who looked more like a Rabbi talking with a handful of people. This was Bishop Henderson. Affiliated with the church for more than 50 years, he was a wealth of knowledge and more than eager to talk about what he knew. When I asked if he still preached he turned to me and said simply, "Why yes, I still do." He also seemed a bit surprised and shy when I asked if I could take his photo but he obliged. His first name is William and he was originally refereed to as Brother Billy because he began preaching on Buffalo's East Side street corners at the ripe age of 14 [source].

Among the many things he told us ("Should I go on?" he would ask, "because I can talk about this all day") two of the most moving things to me were the poster directly below and also the small passageway where they hid escaped slaves.

The poster is a replica of an actual one that was common of the time. There were a few deeply disturbing things the Bishop pointed out. Out of the 18 women for sale, 8 of them came with "future insurance," meaning they could still bear children. So in essence, pay for the price of one human and you have the potential of receiving more. Even more chilling is on of the descriptions for the 6 girls, "bud'n out." This meant two things. Because the girls were in puberty ("bud'n out") they were available for the slave owners personal pleasure and also had the possibility of having children; more "future insurance." He also pointed to the bottom of the poster where these humans for sale were lumped into the same category as horses, cows, hogs, bulls, goats, and even wagons. 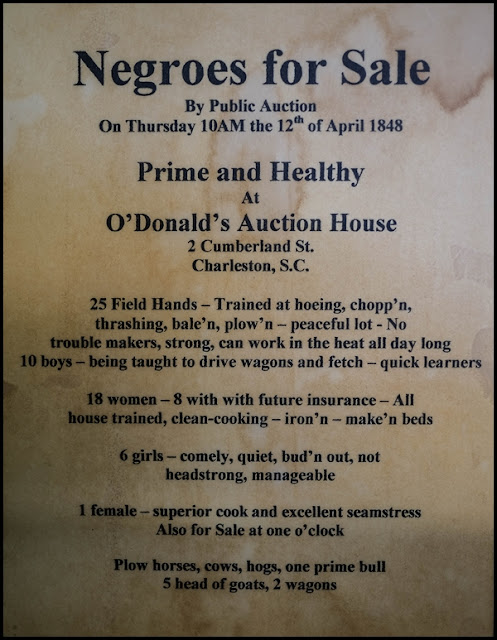 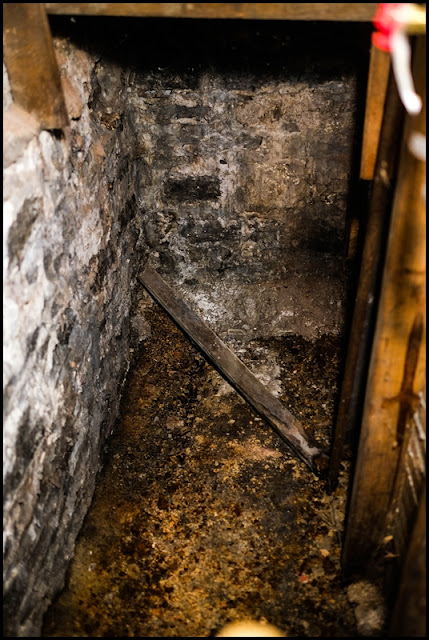 The cramped passage in the building where they hid escaped slaves--between the foundation and a wall--was at one time covered over, the Bishop told us, but at some point years ago they uncovered it as not to forget. How could anyone possibly forget this, I thought to myself.

After spending some time listening to Bishop Henderson I left and felt sad and weak. I also felt inspired. While slavery was, as Bishop Henderson put it, "A very dark period in our country's history," and without doubt racism is alive and well in America, there is also a new awareness which to me is a new hope. Nearly all of the visitors in the church yesterday were white, which I found interesting.

As I left the church and turned and looked back the front door was open; it looked so welcoming. I felt a slight chill in the air, and I thanked our creator for the work this church has done. 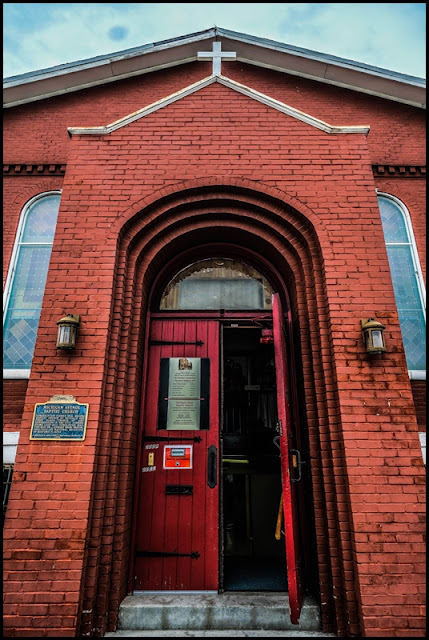 KIMBERLY WILLIAMS said…
Please BLACK PEOPLE TEACH YOUR CHILDREN ABOUT THEIR PASS IT MIGHT SAVE THEIR FUTURE.
June 27, 2022 at 9:31 AM