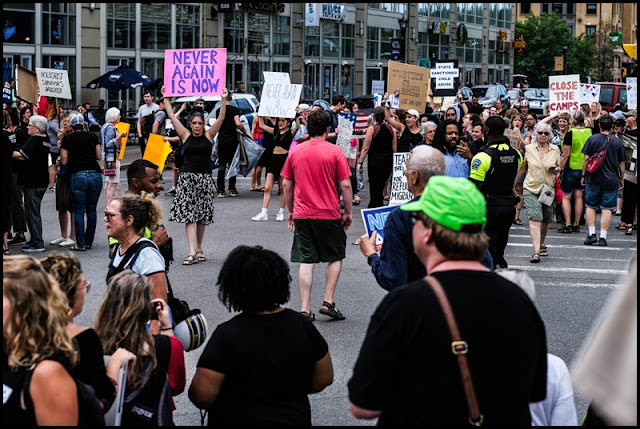 And what does the Lord require of you? To act justly and to love mercy and to walk humbly[a] with your God. ~Micah 6:8

So today instead of lunch I went to a protest. It took place in front of our local I.C.E. headquarters and was rallying against the detainment centers at our southern border. While not all who read this blog likely agree with these sentiments--and that is okay--but it seems somewhat insane that we need to protest the containment of children in cages and separation of family members. I didn't stay for the entire protest as I had to get back to work, but there were nine arrested today for obstructing traffic. I feel like I've been to a lot of protests in the past few years, which seems crazy as we are simply requesting basic human rights and dignity, and what  I am finding interesting is, unlike the sixties--which were before my time--where it was a lot of college kids in the streets, the demographics of these protests are often leaning towards middle age folks (and older). Yes, I realize I am generalizing and over simplifying, but an example of this is the image above (and those ensuing). I love the defiant look on the women's face holding the pink sign which reads "Never Again Is Now" as she looks directly at the camera.

I was also moved by how many members of my peace-loving and justice-acting church were in the crowd today. I only saw one counter-protester being obnoxious (I did capture his image but shan't post it as not to glorify him). The reason I even bring him up is that I couldn't help but notice the Christian Cross tattoo on his forearm as he attempted to block the various cameras. This tattoo, I can only assume, would signify that this man identifies himself as a Christian, meaning following the teachings and imitating the life of the Christ. Without getting too "holy roller," and whichever view you have on the topic of the southern border right now, where do you think Jesus would side if he saw children in cages and families separated? Anyhow, I'll get off my little soapbox now.


What a field-day for the heat
A thousand people in the street
Singing songs and carrying signs
Mostly say, hooray for our side
It's s time we stop, hey, what's that sound
Everybody look what's going down
~Stephan Stills 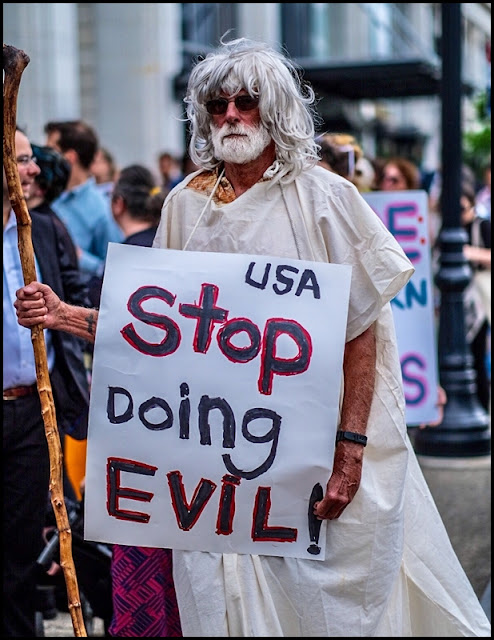 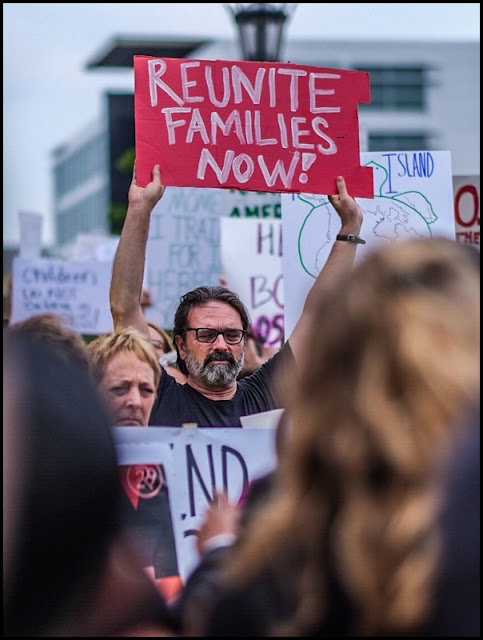 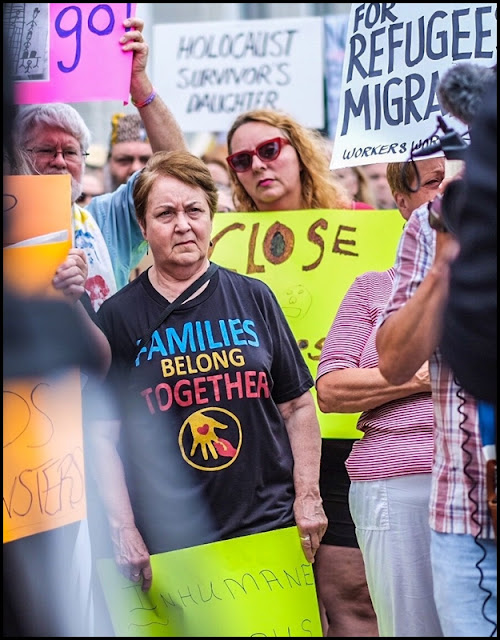 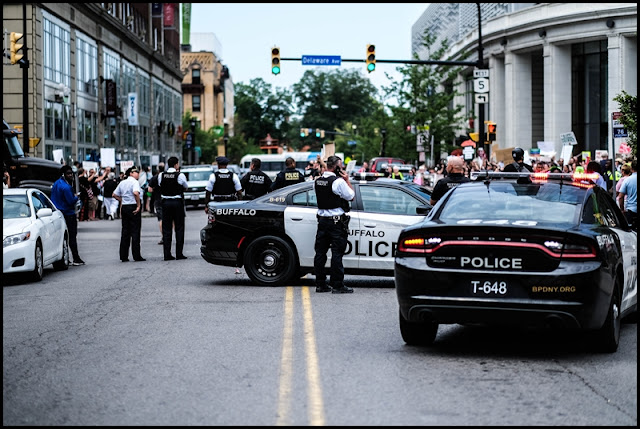 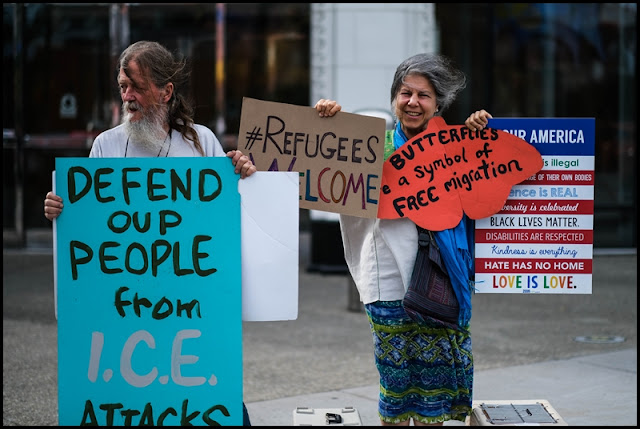