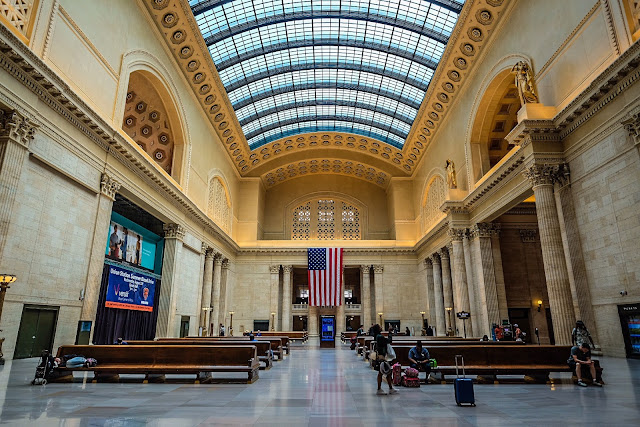 Union Station, Chicago
The last time I was here was January 1987. I was on my way home from New Orleans after spending a few months there and had an all day layover. It was freezing cold and I had stopped out and had a couple drinks then came back to the station and laid down on a bench using my duffle bag as a pillow. Being the punk that I was I was dressed in a long trench coat and torn jeans. During a sound sleep a police officer thinking I was homeless came up and whacked his nightstick against the bench startling me awake and told me to “move along.” It was only after providing identification and proof of travel did he let me stay (though he wouldn’t let my lay down). More than thirty years later I dress a little better (not much), I’m thicker in the middle, and my hair is just a memory, but I still have not lost the rebellious spirit of my youth, and I am fully aware this at times can be a detriment. And this is what I was thinking as I walked through Union Station as I went out and walked a bit in Chicago on a beautiful summer day.