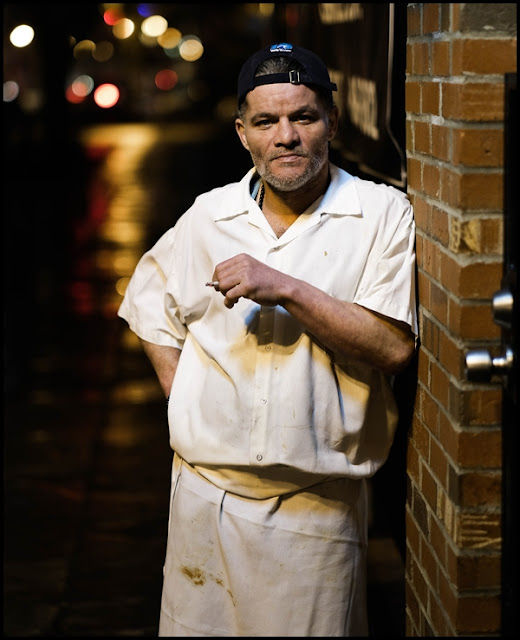 This is Jose. I had gone for a brief walk last evening and he was one of the few people I saw. He was having a smoke break in front of the restaurant where he works and I asked if I could capture his image. It was an odd encounter. After introducing myself and telling him I am documenting life during covid-19 he agreed to the photo. We then began to instinctively walk towards each other but then both seemed to realize at the same time and stopped in our tracks and sort of smiled. The lens I captured his image with is 56mm and the image is slightly cropped so we are farther apart than it seems. Anyhow, Jose told me that he is both a cook and dishwasher, that he does multiple tasks, that’s why he is probably still on staff. He felt lucky to have his job, he also added, and that there have been a lot of layoffs. When asked if he is concerned about contracting the virus he said a little but he takes precautions. He is back-of-the-house so doesn’t have a lot of contact with the public, and when he arrives at work each day he begins by disinfecting everything, including the door in which he initially walks through. He has been working in food service his whole life; he is 46. After taking the photo I apologized because normally I show a person their image on the camera. Instead I held my card by my fingertips and we both stretched as far as we could until he was able to grasp it with his. Thank you Jose, for allowing me to capture your image but more importantly continuing to do your important work; I hope you are seeing this. As I walked home in the light drizzle it occurred to me that other than briefly speaking with my son yesterday, I hadn’t spoken to anyone in real life outside my workplace in more than a week.
Email Post