A Bartender, a Job Offer, and an Angry Sauce 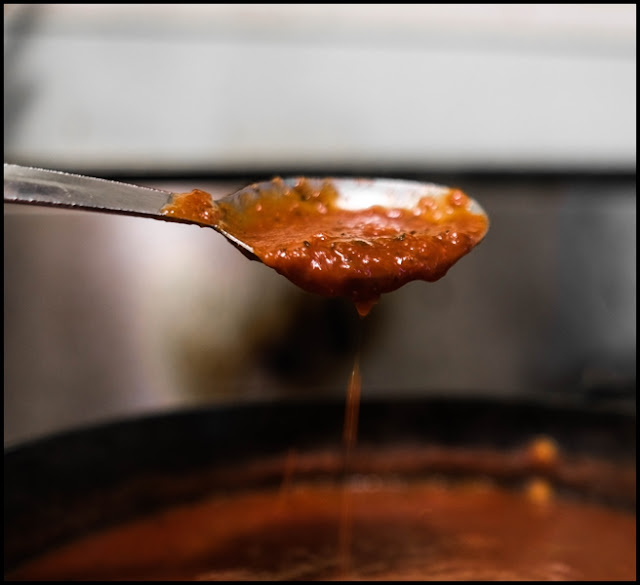 Arrabbiata sauce...it translates as “angry sauce” because of the spiciness from crushed hot pepper. Last summer while in San Francisco I ate at a popular Sicilian restaurant—Trattoria Pinocchio—in the city’s North Beach neighborhood. I was by myself so sat at the bar. I wasn’t eating meat at the time so ordered a pasta dish with this sauce and asked if they could add a vegetable to it, such as spinach. They obliged. The pasta dish was $18 and another $4 for a handful of spinach. As a professional cook I know that a dish like this is overpriced and a money-maker which offsets other lower profit items on the menu. But I was also fully aware that I wasn’t just paying for the meal but the whole package...the beautiful restaurant, the attentive server, and even the conversation with the bartender. I was the only one at the bar and he chatted with me the entire while. He was from Sicily and when learning I was from Buffalo and also a cook he said he heard there were a lot of Sicilians in Buffalo, he also asked if I was looking for work because one of their cooks didn’t show that day. Thinking he was joking he continued with a wink, “Your meal will be free and you’ll make a few dollars.” I declined but really enjoyed the meal and the conversation. I made the same meal tonight for dinner. It cost a fraction of what it did at the trattoria, it was just as delicious, but just not the same without everything that came with it last summer. I look forward to the day when we can go to crowded a restaurant and have a meal and conversation. Actually, I was thinking the other day, the public space I miss most of all are coffee shops. I hope and pray that the restaurants, cafes, and coffee shops survive this.


Heat the olive oil in a heavy pot over medium-high heat, then add the onion. Cook the onion, while stirring, for about 5 minutes, or until it just begins to brown. Add the garlic and crushed hot pepper and cook for another couple minutes, or until the garlic begins to brown. Stir in the basil, red wine, and water, bring to a boil, then lower to a simmer. Cook the liquids for a couple minutes, then stir in the tomatoes, and salt. Simmer the sauce for about 20 minutes.
Email Post