It's been five years...and a lifetime 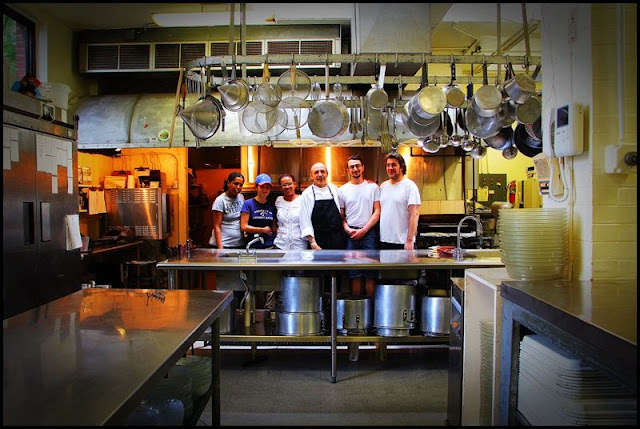 This selfie was captured 5 years ago. It was 5 years ago today that after a Mother’s Day brunch I submitted a letter of resignation to the manager and board of directors for whom I was employed. But I wasn’t just resigning from this particular job, I was resigning from the position of chef. I still cook for a living—as I have full-time since the tender age of 16—but am no longer a chef; I am a cook. There is a difference. When I look at this photo I can see now that, in retrospect, it was sort of like a significant other saying during an unwanted breakup, “It’s not you it’s me.” And that’s really what it was. There was/is so much in me that needed to come out and it couldn’t happen while working as a chef. A chef’s life, for sure, is a difficult way to make a living. I've held various chef’s positions for more than 30 years and accomplished a great deal, but it was time to move on. And in the past five years I have grown and accomplished so incredibly much but in a different direction. I am content and financially broke but wealthy in so many ways. It is no coincidence that this is posted on Mother’s Day because in many ways this is in response to thinking about my late mother, Marilyn George (née Enser). As she lay on her death bed she told me how proud she was that I owned a car and had a job, even though the car was a rust bucket and the job was short order cook which she arranged so I could pay her back bail money. As I type these words I am nearly 12 years older than my mom was when she made her transition at 47. It seems only natural for me to say that I wish she’d been here to be part of all that I’ve done, but she has been. Every step of the way. Even now as I type these words. I don’t know what the rest of this particular incarnation holds, but I do know it will be good—inshallah—even if it doesn’t seem so at times. It’s about the journey not the destination. But now I’m rambling. What got me thinking about all of this is a quote I heard this morning on the radio. It resonated with me so I thought I would share.

“God whispers to us in our pleasures, speaks in our conscience, but shouts in our pains: it is his megaphone to rouse a deaf world.”―C.S. Lewis