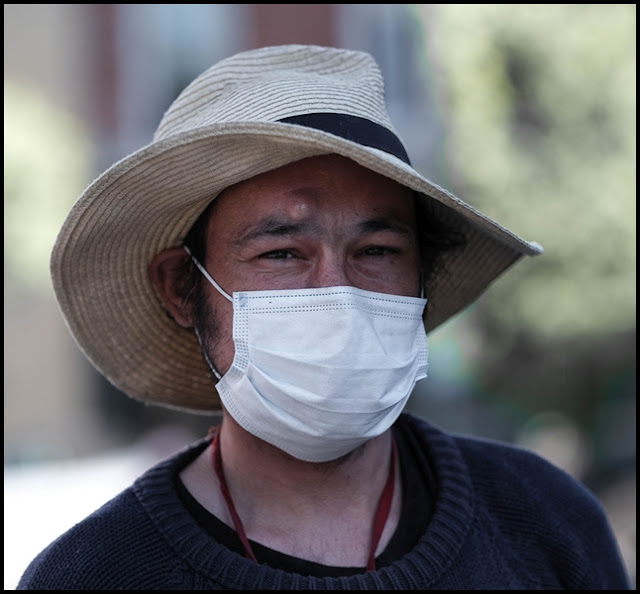 So firstly I have to preface this post with this, something I do from time to time. The meaning of these posts—when I profile people I meet on the street—is not to glorify them, but simply to show that they and all of us have the same worth as you and I and everyone. Some of us have been dealt a difficult deck, some of us have addictions, and some of us continue to make bad choices. But all of us are children of the same Source.

This said, this is Donald. We met this evening when I was downtown and saw him rummaging through a trash can for returnables. I stopped and asked if he’d like a gift card to a restaurant and he simply said, “Yes please.” I had cards from three different restaurants in my wallet and asked which he preferred, “McDonald's, that’s where can get the most food for the money and I’m hungry.” So I gave him two.

I hadn’t planned on photographing Donald or telling his story when I first met him but it’s so interesting. He’s originally from Buffalo but ran away when he was 15 and joined the circus. Traveled all over the country. He’s had a bunch of odd jobs but mostly the circus. Then when the pandemic hit he lost his job in Albuquerque so he hopped a Greyhound back to Buffalo. Along the way he smoked a cigarette in the bathroom and at the next truck stop the driver pulled over and told him to get out. He hitchhiked the rest of the way.

He’s not homeless per se, in that he has a place to stay on the east side but it is precarious. He has difficulty making rent each month, this is why he’s out rummaging through garbage cans for returnables. When asked if he’s looking for work he told me, “Yes, but the only thing I’ve ever done is be a carny. Try putting that on a job application.”

As mentioned in previous posts I don’t know if what I am told is entirely true, but what I know is that the people I meet seem to like to be heard. To be listened to. To be seen. Tonight I listened to Donald and I saw him, and my life is better because of him.

What we own or what our title makes no matter in this world—we’re all ending up in the same place eventually—but what does matter is how we view it. The world and the people in it. I’ll get off my little soapbox now. #peopleofbuffalo