The Blessedness of Blessed Trinity... 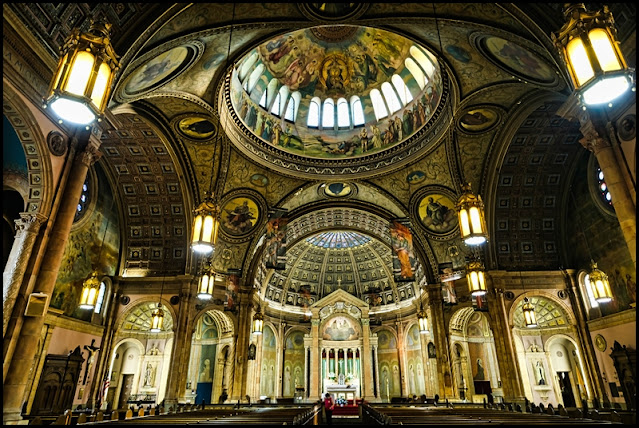 This evening I rode to Blessed Trinity RC Church on Buffalo’s east side. My intention was simply to capture some images of the crazy exterior brickwork which I have heard about. But I was unprepared. By this I do not mean unprepared in that I had forgotten a lens or battery or something other camera-oriented (which I’ve been known to do). What I mean is that I was unprepared for the incredible beauty of both the interior of the building and also the Mass, which I accidentally attended.

The church resides in one of Buffalo’s financially-challenged neighborhoods, so as I coasted up to the building its splendor was a juxtaposition to the surrounding area. While locking my bike to a railing the sound of the priest chanting echoed out a side door.

I have to qualify this post in a few ways. Firstly, while I consider myself Christian in that I try to follow the teachings of Jesus the Christ the best I am able—but usually fail miserably—I am not Catholic. I mention this because a Catholic mass, while incredibly beautiful (I love the mysticism in Catholicism; many of my favorite writers were/are Catholic) it sometimes feels a bit foreign (I was raised Protestant and am still an active member of a Protestant denomination). This said, I also have to say that I do not believe God—or Holy Spirit, or Spirit, or Goddess, or Universe, or Creator, or even Holy Vibration (to name a few, and all of which I am comfortable using)—is an old man with white hair and a long beard (and oddly in great shape for a guy His age) sitting on a cloud and looking down judging.

Rather, the Divine for me is something that is within each of us but at the same time outside of us and all around us. In short, the concept of our Creator is all that there is (“For in him we live and move and have our being.”~Acts 17:28). This said, please do not send me hate mail or tell me I need to “be saved” (yes, I have gotten these notes in the past). But as is often the case, I am off topic.

The priest, I believe, is from Africa. This is a relevant detail in that while his sermon was beautiful and heartfelt, the lilt and accent to his voice added to it. He spoke on examining one’s self and treating each other as equal. No matter what. In short, to act Christ-like.

It was strange, because as he spoke and I glanced around I was awestruck and felt this could have been anywhere in the world. An old Italian church in New York’s lower east side, or maybe somewhere in France or Italy. But I was on Buffalo’s east side and one of eleven people sitting far apart in this beautiful sanctuary while the priest’s words bounced off the icon-ordained walls.

When the service had ended I asked a volunteer (who was one of the eleven and was busily sanitizing pews) if I could capture a few images. She said yes and was all too eager to tell me a bit about the church history.

Going outside to see the brickwork which was what originally drew me here I wondered why more in the neighborhood don’t attend mass here. Not in a judgmental way, just curious; for some it is literally next door or a few doors away as the church sits on a residential street.

Earlier in the day I had felt tired and groggy and almost decided not to visit Blessed Trinity. But now as I pedaled home I felt refreshed, renewed in a way. And that came from inside.

Here's a link the church's history. 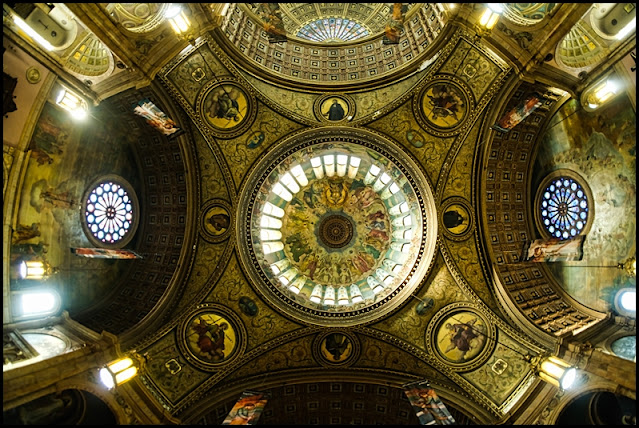 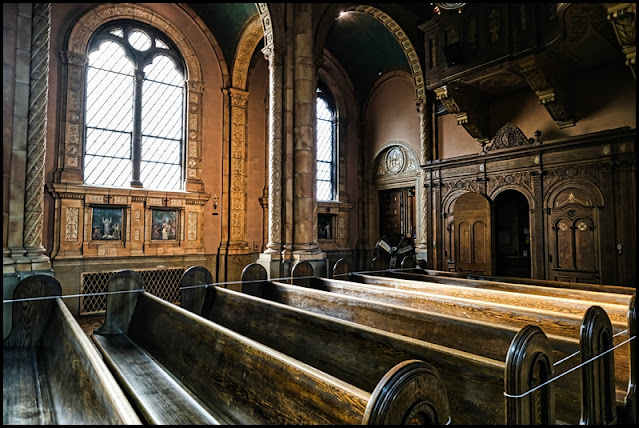 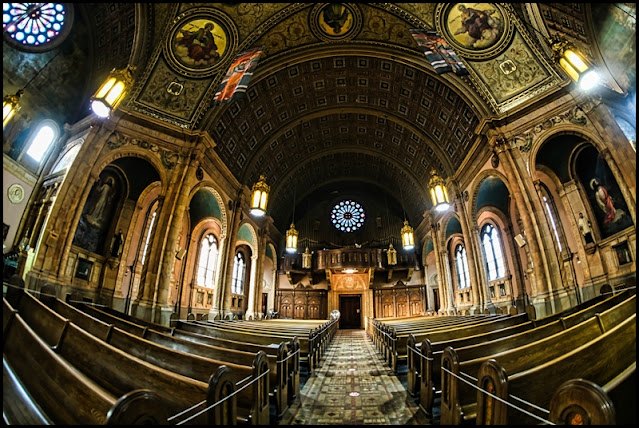 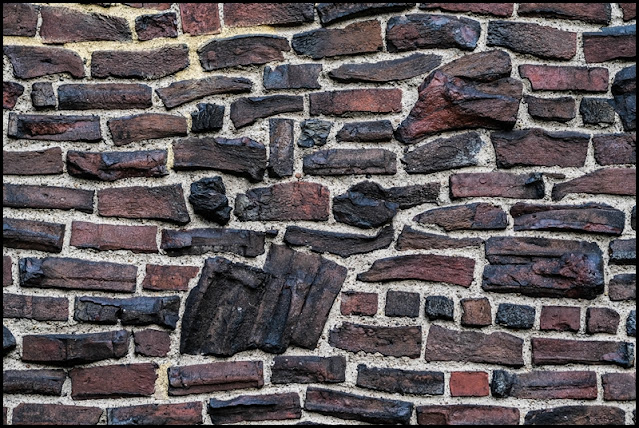 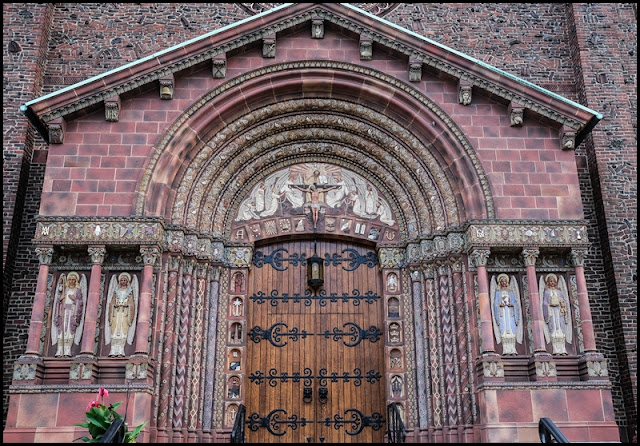 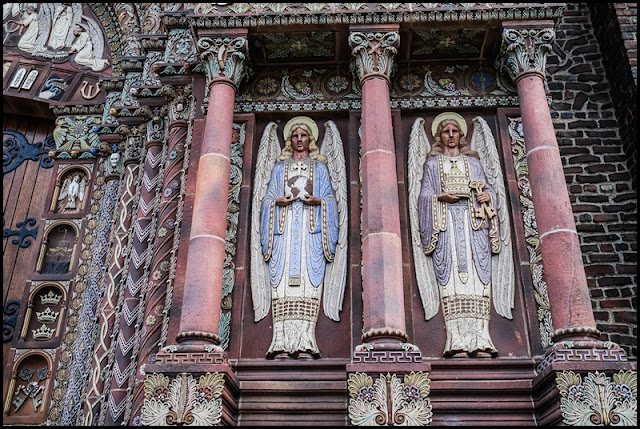