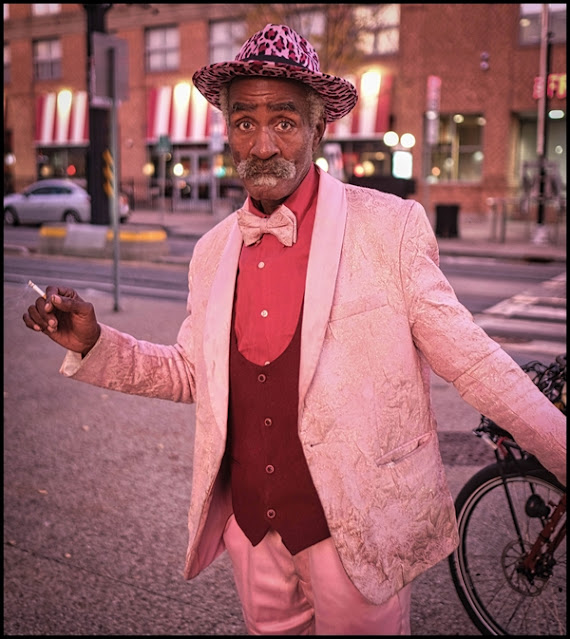 This is Jimmy. We met this evening while waiting for a traffic light to change. I glanced over at him and told him he was a sharp dresser and asked if I could take his photo. “You sure can, young man,” is how he replied and struck this pose. When I showed him his photo on camera he danced and said I made him look good. I was just capturing what was already there I told him. I had gift cards from two different restaurants (which others have given me to give away) and asked if he’d like one. He thanked me three times. I told him where I would post the photo and he told me he doesn’t go on computers but make sure that I say it’s Jimmy. When asked how long he’s been on the street he told me off and on for 45 years. He also told me places he stays when it gets cold. Jimmy is a survivor and does what needs to be done to get by, just like all of us in certain ways. There are so many different people in the world and for that I am thankful; this, to me, is one of the reasons life is so special.  When I was younger I used to think I knew a lot, now I realize I don’t know much at all. But if there is one thing I have learned is that we are not that different from one another and that we all have a story. And we all want the same basic things. There are more than a quarter-million people in Buffalo and tonight our lives crossed, and that matters. Now as I sit in the comfort of my home with two pugs at my feet, I say a prayer for Jimmy.