Dinner for one (and others) 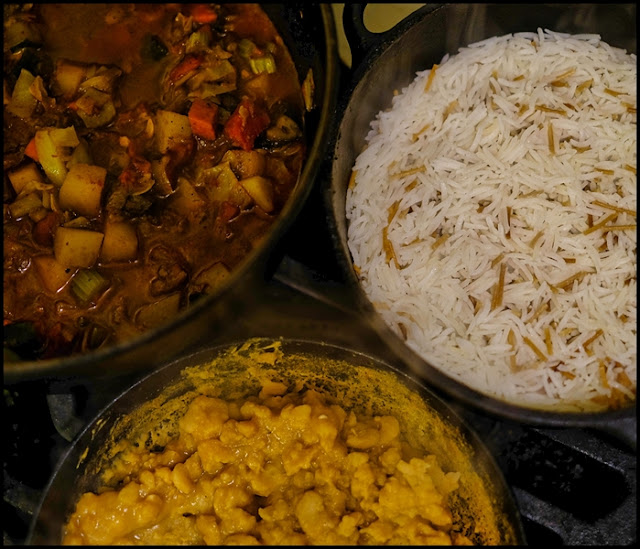 When asked recently by Buffalo Eats to comment on my best meal of 2020 it felt daunting. We (presumably) eat three meals a day and when multiplied by 365 days equals 1095 meals. That’s a lot of meals to choose the very best.

As a professional cook I ironically rarely go out to restaurants, thus waxing poetically about my contemporaries is not really an option. I also have to qualify this statement by saying that after a lifetime of working in high-end restaurants I currently cook at a group home for the formerly homeless. Thus, most of the meals that I cook these days which are the type of meals that I personally want to eat are at home. Throughout my career my food has never been driven by trends, but instead by emotion. This brings me to my most recent meal (which is always the best meal). But before stating what it was I have to reveal a bit of background.

Like many of us, I find myself cooking a lot more at home during these pandemic times. And in recent years have truly grown fond of cooking for myself, this wasn’t always the case, but during times of quarantine this is especially true. For decades I have cooked to please others, and still do, albeit in a setting different than a restaurant. But at home while sipping a glass of wine and listening to NPR I can cook the way I like to eat.

I am blessed that I come from a family of excellent cooks and grew up eating delicious home-cooked meals. And like a lot of cooks, flavors which inspired me as an adult were instilled as a child. My dad’s family were from Lebanon and the flavors of that incredible cuisine have influenced me as a chef in restaurants and also at home.

It is said that the sense of smell is your strongest memory sense, even more than sight or taste. One may smell the perfume worn by a girlfriend decades earlier, for example, and vivid memories and emotions resurface that you forgot existed. The same goes with the aroma of foods.

When I was a child we would go to sitti’s (grandmother’s) house each weekend, and walking through the door one was engulfed with not only hugs and kisses from aunts and uncles, but also the intoxicating aroma the sweet spices common to Middle Eastern cuisine along with a yeasty waft of just baked flatbread. Whenever I smell this combination of aromas I am immediately transported back.

The meal which I cooked last evening, and the one I am referring to as my best of 2020 simply because it is the most recent, were not foods which I grew up on, per se, so much as it had the same flavors and aromas. The foods I grew up on were meat-centric, and while I am not a vegetarian as I cook and taste other people’s food for a living, at home I rarely cook meat.

The meal consisted of winter vegetable stew seasoned with Lebanese 7-spice blend and spiked up with a lot of Aleppo pepper, basmati rice with toasted vermicelli, and braised fava beans. While the meal cooked I also baked a loaf of sourdough which had been fermenting since the evening prior; it was ready in time for dinner. I made enough food that it will become a second meal the next day and some will also go in the freezer for a future meal.

As the stew simmered and filled the house with its aroma, I sipped a glass of wine and listening to the radio. The kitchen windows were fogged up and my two old pugs sat at attention waiting for scraps to fall. While I may have been the only one in the kitchen, my ancestors were there as well. If I closed my eyes and breathed deep I could hear sitti saying her prayers over the prepared food, which signaled it was time to eat. So yes, this was my best meal...for now.