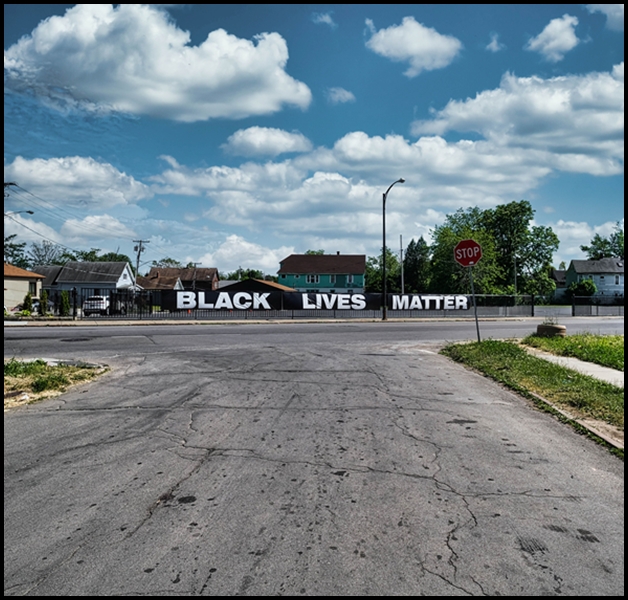 So I've been going through photos and gathering info/ideas for text for a forthcoming book with the working title, "2020: The Year Everything Changed," when I came across this photo from last June. It's on Genesee Street at the corner of Sweeny on Buffalo's East Side. I was with my son when I saw it and found it moving so I captured an image. After posting it later that evening someone who I'd known for many years posted incredibly hateful and angry comments. This really bothered me because it was someone I had known for a very long time even though we hadn't seen each other in years. I deleted the comments and unfriended him. Then I received a private message with even more angry and hateful words. I then blocked him. It is for this reason that this image stirs intense feelings for me, and it is for this reason that the message of this image must be seen over and over again (and again and again). The book (I'm hoping with crossed fingers) should be ready for purchase on March 16th, which is the one year anniversary of when the city was shut down. I've decided to use this image as the centerfold.