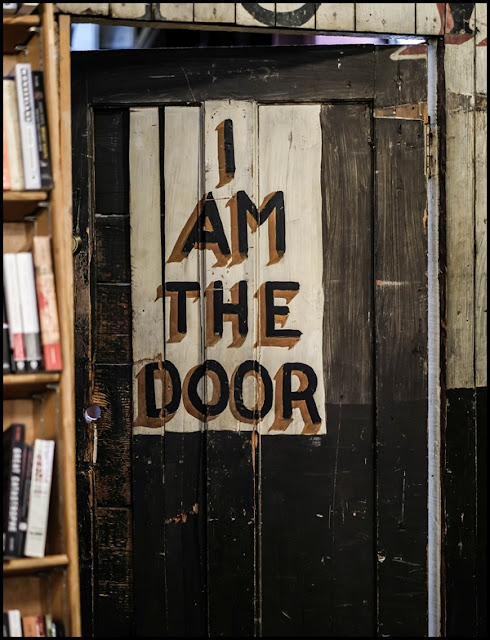 In the mid-1980s while living in Poughkeepsie, NY there was a small arts bookstore across the street from Vassar College and around the corner from the coin laundry which I visited once a week. While my clothes spun and tumbled I would browse the shelves of this store (the store is still there I believe, The Three Arts Bookstore). It was around this time that a roommate had given me a copy of the book, On The Road, by Jack Kerouac. “You’re ready for this,” he told me when handing it to me. And as with countless young men and women through the decades, the book changed my life in some ways. So when I found my way to this small bookstore in Poughkeepsie and discovered their small section on Beat writers, I pretty much read my way through them. The two books that had the most influence was the aforementioned, On The Road, and also Allen Ginsberg’s, Howl. I had read about Lawrence Ferlinghetti but didn’t know that much about him at the time other than he himself was a poet and also a publisher of Beat writings (and the first to take a chance and publish many of the Beats including, Howl). So it’s no surprise that each of the 5 times I’ve visited San Francisco I’ve also visited his City Lights Bookstore. This photo was captured there a couple summers ago in the basement. On that same visit I had gone to the second floor and there was an elderly man seated and about to be interviewed. There were cameras and lights on him. I was surprised they didn’t ask me to leave. I stayed for a few minutes feeling uncomfortable and left before the interview began. While purchasing a book I asked the worker if that was Lawrence Ferlinghetti upstairs being interviewed and he said simply but with a smirk, “I’m not sure who that is.” Lawrence Ferlinghetti made his transition a few days ago at the ripe age of 101. Rest in power, Mr. Ferlinghetti, you’ve made an impact on the lives of so many. Your art and those who you stood behind will continue to influence for generations to come.

Unknown said…
Read
Zen and the Art of Motorcycle
Maintenance