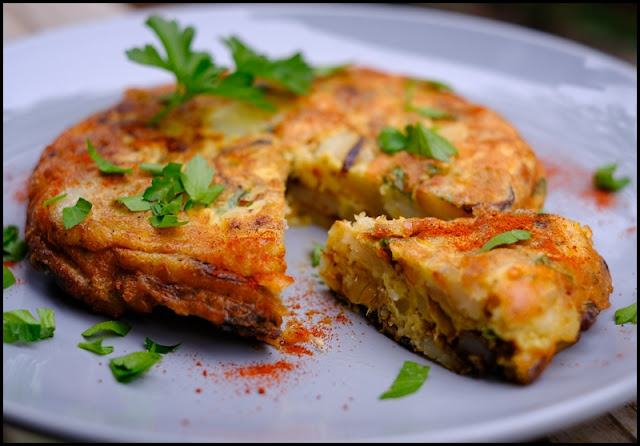 So a couple things first. One is that this is not entirely traditional in the a traditional Tortilla española often only contains eggs and potatoes and sometimes onions. That's it. In this recipe I included (egad) a small amount of cheese and parsley and garnished it with smoked paprika (the later is not listed in the recipe as an ingredient but is represented in the photos).

I listed the yield as "for one or two" because it is a bit large for one person and a bit scant for two. When I made this the other day I ate 3/4 of it, the returned shortly after to finish it off. It can easily be doubled or tripled or quadrupled, but keep in mind the larger the recipe the more you have to flip or invert.

Also, the versatility of this simple dish is impressive. It can be eaten at any time of the day (I ate it for dinner the other evening) and at various temperatures, even chilled. Cut into small squares this is often used as a traditional tapas. Anyhow, the simple but super delicious recipe is below. 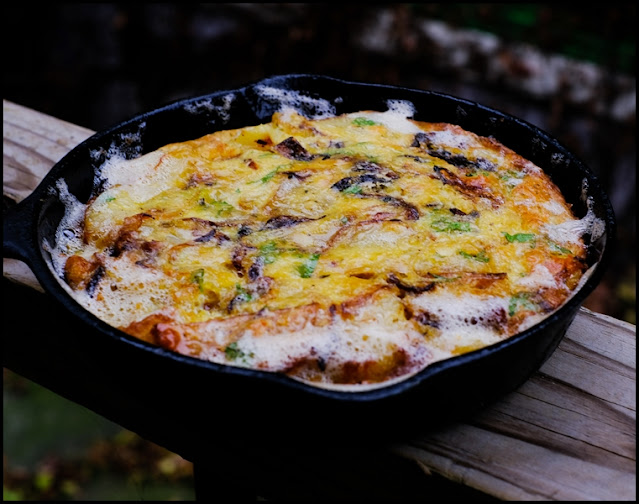 Heat the oil over medium heat in a small cast iron skillet (or other non-stick ovenable skillet) which is just large enough to hold the ingredients. Add the potatoes and panfry them for a few minutes, turning them occasionally. When the potatoes begin to change color, add the onions and continue to cook the potatoes along with the onions.

While the potatoes are cooking combine the remaining ingredients in a bowl and whisk together.

Gently fold the potatoes and onions into the egg mixture. Then return the pan to the heat (which should still have a little oil in it), allow it to regain heat, then add the tortilla mixture to the pan. Shake the pan to allow everything to settle, the transfer the pan to the oven for about 10 minutes.

Remove the pan from the oven. Shake it a bit to loosen the edges; use a spatula if necessary. Place a plate over the pan and carefully invert to pan and placing the tortilla onto the plate. 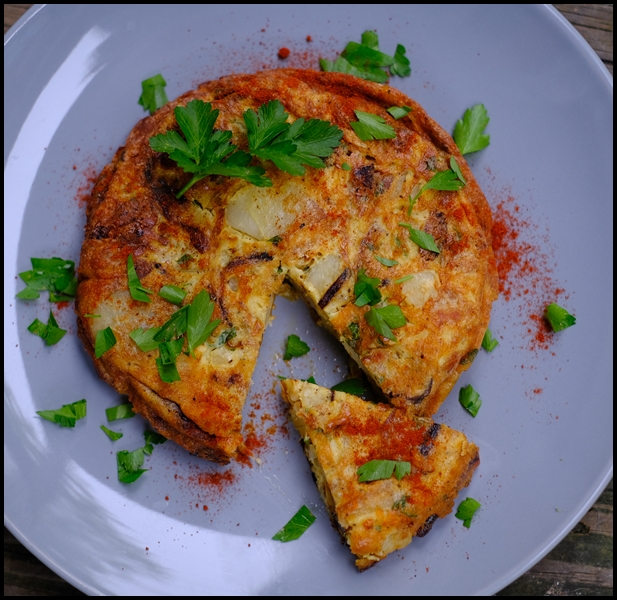