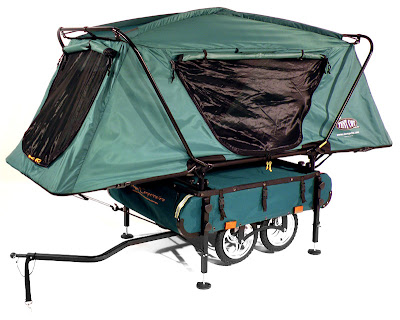 This has to be one of the coolest things I've seen in a while...a pop-up camper for a bike. I came across it when I was looking at sites for tiny houses (I wonder if there is a tiny house in my distant future). Anyhow, I stumbled upon this site that has a few tiny houses that are pulled by a bike. 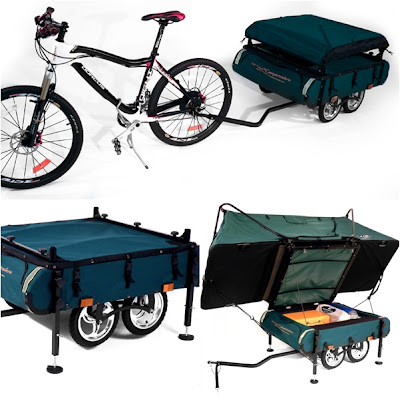 It weighs a mere 56lbs (26kg)...that's just a bit more than the Mundo weighs. This would be great for long trips, I suppose...or at least an interesting novelty. Oddly, it's available at Target (and also at Kamp-Rite). To read a bit more about it see this blog.

And on an unrelated note--other than the title of this post--I leave you with a video.

Looking for tiny houses, you could check this site:
http://www.simondale.net/house/

I found that a while ago and I think, this house really looks lovely.

Joe said…
Thanks Bob, Thanks Stefan...pretty interesting stuff. Stefan I have seen that site before...pretty cool. They look sort of like hobbit houses...wonder what it would be like to live in one.
January 30, 2011 at 7:23 PM