24 Hour Bread (or, how to control your dough) 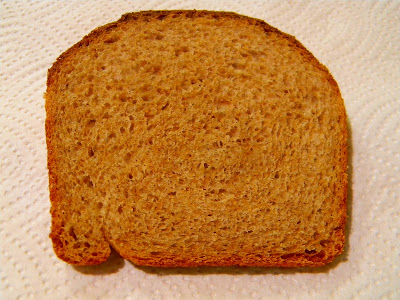 I've mentioned in previous posts many times (many, many times) how I feel about homemade bread...that it is not only good for the body but also the soul; having your hands in raw dough--and making something as beautiful as a loaf of bread out of such humble ingredients--can be, well...spiritual. If not awe inspiring, at least something to be really proud of. Anyhow, I really think that one of the things that hold people back is that some (many) think it is overly complicated and laborious to make your own bread (not so), the other is that the bread won't rise or that you won't be able to make a really good loaf (also not true). This post focuses on the former misconception...that it is really difficult, time consuming, and laborious to make your own bread. Sure, these loaves took 24 hours from start-to-finish, but that was my choice. I manipulated the dough so that I could go about my life without having to worry whether it was time to bake the bread or not. And an outcome of a long, slowly risen bread is that it has a richer, more complex flavor and crisper, chewier crust. But I'm getting ahead of myself, here's the basic idea behind controlling your dough.

If I had to sum it up in one word the most important factor in controlling a yeast dough is--whether you are doing a long slow rise or not--it would be this: temperature. Yeast thrives in warmth and becomes dormant in the cold. If you want to speed the dough up place it in a warm place. I can remember when I was a child seeing my mother place her bowl of raw fastnacht dough on a towel resting on the kitchen radiator. Inversely, if you want to slow the dough down, put it in the refrigerator. This is what professional bakeries do; they have proof boxes (boxes with steam and warmth) to speed the dough up, and retarders (refrigerators) to slow it dough. And yes, the professional term (in English) to slow a dough down is to retard it...it's an ugly term, I agree, but it is the one still used (likly carried over from a less-than-politically-correct time).

And just to reiterate, making bread is not difficult; and it gets easier the more you do it. After a while you will be able to control the dough so that it does not interrupt your daily activities. Just remember, after mixing, the bread is alive with activity (until it is baked)--it nearly makes itself--you simply guide it along.

As usual with this blog, the recipe I've included below is 100% whole wheat. If you'd like to read more about how to bake with whole wheat, click here. Anyhow, this is how I made a couple loaves over the last 24 hours.

Last night just after dinner I mixed two bowls: one contained the biga (pre-ferment) the other an autolyse...and I let them rest and ferment for a few hours at room temperature. 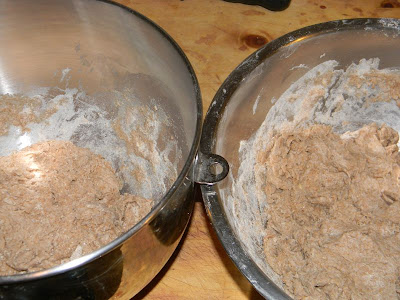 About an hour before bed I mixed the dough, placed it in a dough bucket, and put the bucket in the refrigerator to ferment overnight. Even though it was cold, it still doubled in size overnight (likely before the dough cooled). 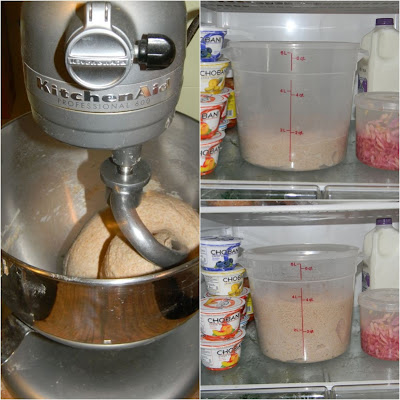 In the morning while coffee was brewing I removed the bucket from the fridge, pushed the dough down, and let it rise a second time as I did things around the house (the second rise took nearly 3 hours because the dough was cold). Just before leaving the house to go Christmas shopping I portioned and shaped the dough and placed it in loaf pans. I also covered it in plastic wrap and returned it to the fridge. I was gone for about 4 hours and the dough rose beautifully; here's the before-and-after photos. 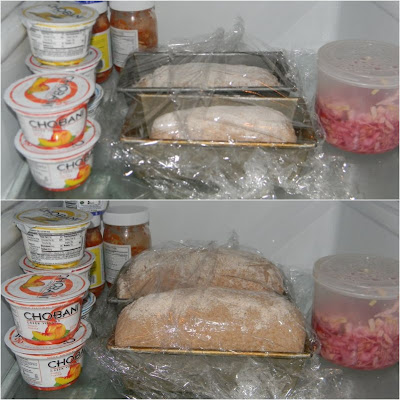 After doing a couple things around the house, I removed the dough from the fridge and preheated the oven while  the dough warmed and rose a bit more. After getting a few things together, I baked the bread while I made dinner. Here's the bread just before it went in the oven, and then while it was baking. Beautiful, isn't it? 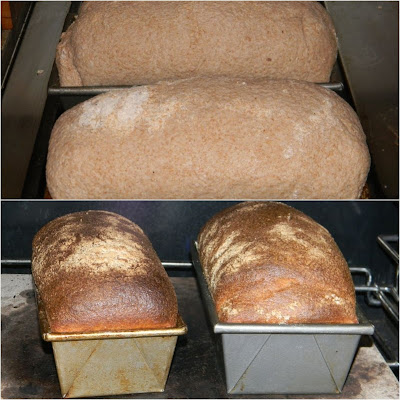 The bread was finished before dinner was, so I removed it from the oven and their pans and allowed it to cool at the back of the stove while I prepared Lebanese-Style Chicken and Rice for my son and I. The bread was ready just in time for dinner...nearly 24 hours after I had started it and it barely interrupted the rhythm of my day (but it became part of it). A recipe follows... 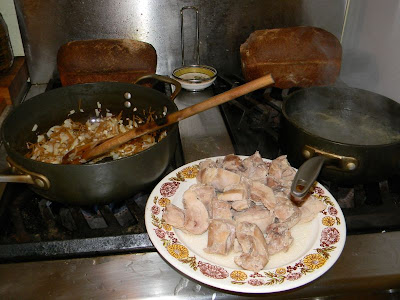 In one bowl make a preferment by combining 2 cups of whole wheat flour with 2/3 cups water and 2 teaspoons of instant yeast. Begin the autolyse in another bowl by combining 4 cups of whole wheat flour, the gluten, and 1 ½ cups water. Stir each bowl just enough to combine the ingredients, taking care not to get yeast into the bowl with the autolyse. If the contents in either of the bowls need more water, add a small amount. Cover both bowls and allow to rest and ferment for 30-90 minutes, during which time the preferment will begin it's job multiplying yeast and fermenting flour, and the autolyse will soak the grain, swelling the gluten. After an hour or so, combine the ingredients from both bowls into the bowl of an upright mixer fitted with a dough hook. Add the honey, olive oil, salt, and 3 teaspoons of yeast (add the yeast and salt on opposite sides of the bowl). Knead the dough on medium speed for about 8 minutes. Place the dough in a lightly oiled container, cover it loosely, and allow to ferment for 1-2 hours, or until doubled in bulk. Deflate the dough and allow it to ferment an additional 30 minutes. Turn the dough out onto a floured work surface and cut it into 2 or 3 pieces. Shape into loaves and place into lightly oiled pans. Loosely cover the loaves with plastic wrap and allow to ferment for 30-60 minutes, or until double in size and when gently touched with a fingertip an indentation remains. Bake the breads for about 30-40 minutes, adding steam to the oven a few times (either with ice cubes or a spray bottle) and rotating the breads every ten minutes. The breads are done when they are dark brown and sound hollow when tapped upon. Remove the breads from their pans and allow them to cook on a wire rack for at least 10 minutes before slicing.

Oldfool said…
That bread looks good enough to eat.
I have not made bread in over 6 months and shame on me. After reading this post I dug around in my memory trunk and remembered the trouble I was having with my hands the last time I baked. It was last winter I believe and the cold got to my knuckles. My bride has been baking bread but she buys already kneaded and frozen loaves. It's good but it's not the same as working the dough to me. Having a machine to knead the dough now would help but I fear it would not be the same either. I have been making bread for 40+ years and have taken pride in producing an edible product using only my hands to work the ingredients. I guess I need to move on and do what it takes.
About the only thing I agree with the French about is that a healthy person needs bread everyday.
December 23, 2011 at 11:32 AM

Anonymous said…
"Retard" means "slow." In music, the Italian phrase ritardando means to slow the tempo. "Retarded" as an insult came from medical phrases like "retarded development" and "mentally retarded."
The more you know!
December 28, 2011 at 6:14 PM

Joe said…
Anonymous, I am aware that it does mean slow--in many things--but in this day it still sounds offensive to me. Thanks, though, for visiting and taking the time to pass along some info.
December 28, 2011 at 8:30 PM