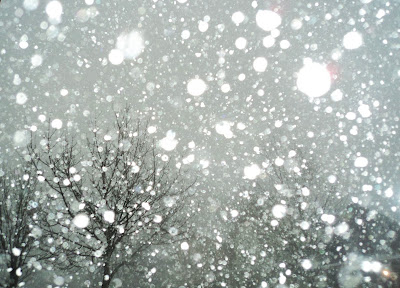 The city of Buffalo, which is not only my home town but also the city in which I currently live, is of course located at the eastern most tip of Lake Erie. And it's because of this, and eastern winds, that we sometimes get the brunt of sudden lake effect snow storms....storms that barrel across the Great Lakes at breakneck speed and can last anywhere from a few minutes to days and cause near whiteout conditions.Our most famous storm in living memory is the Blizzard of '77 (click here for photos). I'm old enough to remember that one, but was young enough to think it was fun. We've had plenty of storms since then but none have compared...and it's one our city has yet to live down on a national level. During the Blizzard of '77 it snowed like it is in these pictures for 3 days straight (no kidding). The snow was measured in feet. Today, thankfully, it only snowed like this for about 20-30 minutes and dumped just a few inches of the white stuff...but it came out of seemingly nowhere. And no, I was not on a bike during this, I was safely in my house (I may be crazy but I'm not stupid). Anyhow, looking at it from the confines of a warm house, and taking pictures off my front porch, it looks beautiful to me (I love the sounds during a snow storm...everything seems muffled). The pictures were taken within a ten-minute period. Anyhow, I thought I'd share a few photos. Click for larger views. 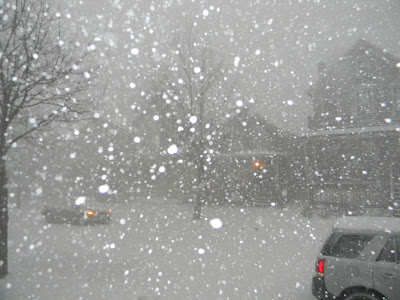 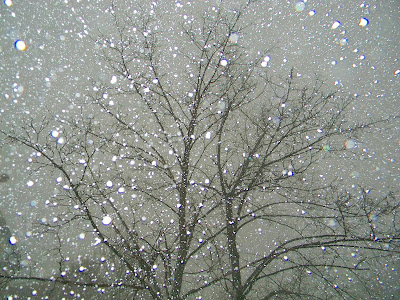 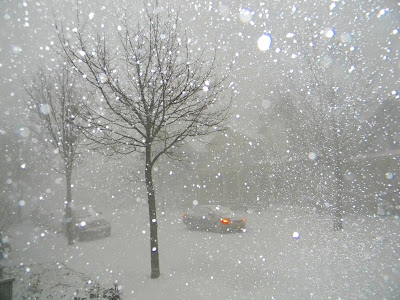