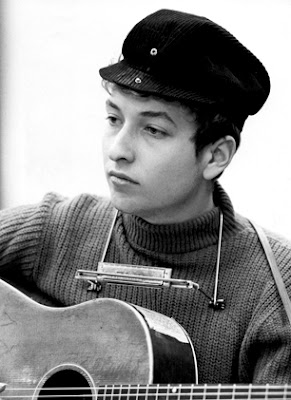 Fifty years and two days ago Bob Dylan's first LP was released. I find this amazing...five decades and he still influences new audiences. When that album came out I was not quite five months old, and some twenty years later I became a fan of his music. Now, after the span of more years my son is a fan of his music. His music has influenced generations...and likely will in the future.To read a Rolling Stone article about the album's release, click here.

"I don't think the human mind can comprehend the past and the future. They are both just illusions that can manipulate you into thinking there's some kind of change."

"He not busy being born is busy dying."

"I like America, just as everybody else does. I love America, I gotta say that. But America will be judged."

"People seldom do what they believe in. They do what is convenient, then repent."

"What's money? A man is a success if he gets up in the morning and goes to bed at night and in between does what he wants to do."

To read more of the Five Quotes series, click here.