Potato Bread with Cheddar, Beer, and Onion (recipe and photos) 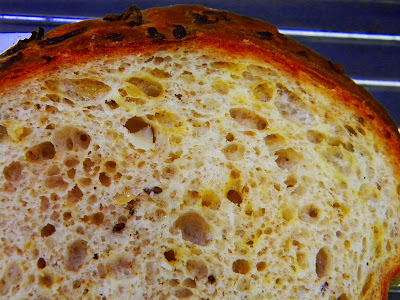 The below recipe is one that I'm working on for an article for an upcoming issue of Artvoice magazine, it's about cooking with beer. The only liquid in the pictured bread is--you guessed it--beer. The recipe does not contain 100% whole wheat flour as when I write for paid publication I tone it down a bit on the "whole wheat thing"...some but not all I'm sure share the same affinity as I for entirely whole wheat recipes (but this can easily be adapted to using whole wheat with any of the recipes on this blog). If you are interested in more beer-inspired recipes I'll link the article when it comes out next week. Anyhow, it's a pretty straightforward recipe and the bread is super delicious. Enjoy. 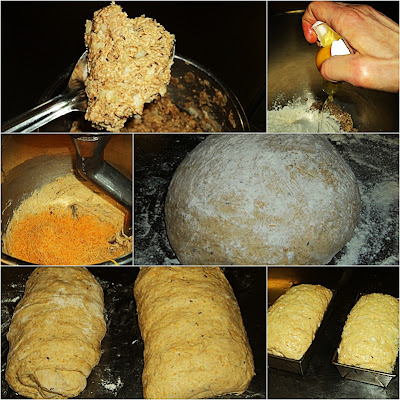 Combine the potato and beer in a small pot, bring it to a boil then lower to a simmer. Cook the potato for about 15 minutes or until very soft, allow to cool to room temperature. Transfer the beer-potato mixture to a medium bowl and stir in the whole wheat flour, caraway seed, 1 tablespoon of the yeast, and 1/2 of the minced onion. Allow this mixture to ferment for at least an hour at room temperature. Transfer this mixture (the pre-ferment) to the bowl of an upright electric mixer fitted with a dough hook. Add the eggs, bread flour, and remaining tablespoon of yeast. Run the mixer first on low speed, until it gathers the ingredients together, then on medium speed; knead the dough for about 6 minutes. Then add the butter and cheese; knead the dough for another 2 minutes. Transfer the dough to a lightly oiled bowl or rising bucket, cover it and allow the dough to ferment for 60 – 90 minutes. Then gently press the dough down and allow it to ferment another 30 minutes. Divide the dough into two pieces and shape it into loaves. Sprinkle the remaining minced onion on the top of the loves and roll them gently, pressing the onion into the dough, then place them in lightly oiled loaf pans. Preheat an oven to 425F and allow the dough to ferment and rise for about 45 – 60 minutes. Bake the dough for about 30 minutes. When it is initially placed in the oven spritz the oven with a little water, lacking a sprayer toss a few ice cubes on the oven floor to create steam. Rotate the loaves after 15 minutes and spray the oven again. The bread is done when it is golden brown, the onions are browned, and sounds hollow when tapped with a finger. Remove it from the oven and their pans and transfer it to a wire cooling rack or clean towel which has been folded to double thickness. Allow the bread to cool 15 minutes before slicing. 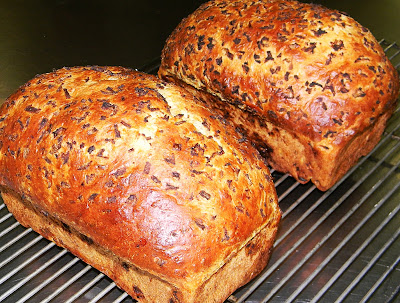