Sometimes it's the Little Things... 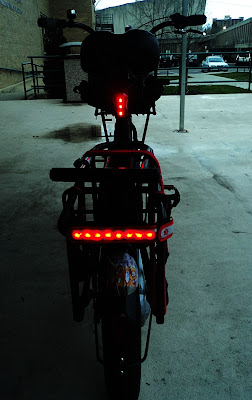 Here's a brief story to explain this picture. At least six months ago a co-worker gave me two reflective dog collars knowing I had two dogs. Though it was a nice gesture I am still uncertain as to why she gave them to me. They were too small for the dogs so I put them in the back room of my house and they became absorbed in the vortex of other various items that seem to disappear there. Anyhow, over the weekend I was back there rearranging things and came across one. And not only did I notice that it had Velcro clips on it but when I picked it up it lit up (and I thought it was simply reflective). The Velcro is great for attaching to the rear rack of a bike. So, yup...you guessed it...two of my bikes are now sporting dog collars. So when I go into work tomorrow I have to remember to offer a belated thank you to this gift-giver. Sometimes it's the little things that really make my day. 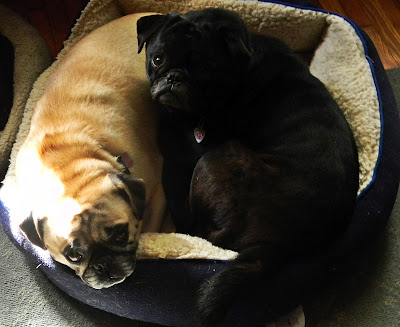