Three Photos and a Few Words 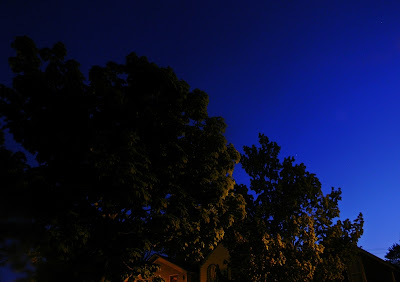 I took the above photo just a few minutes prior to typing these words. It is about 9:00pm and without question a truly idyllic spring evening here in Western New York. It is so beautiful I felt the need to share it the best I can via this electronic media. There is not a cloud or wind in the sky and the temperatures is around 64F/18C...just lovely. And the day was just as beautiful. I spent most of the day inside working but did get a chance to be out for a while. The picture immediately below is of the garden that is just outside the rear door of my place of employment. And the last photo below is really the most interesting, I think...albeit a bit gruesome. It's something I witnessed yesterday in my backyard. At first I thought an injured spider was slowly trying to make its way across a railing. But upon closer inspection I could see that three ants were not only attempting to carry the spider's carcass, but actually pull it through a hole (which is visible under the spider). After several unsuccessful attempts they began to dismantle the spider and take it down a piece at a time. I couldn't watch after a while, and when I looked this morning it was gone. Anyhow, the image's juxtaposition is what I thought was really interesting...the incredible natural beauty of nature and at the same time the sometimes gruesome task of survival. 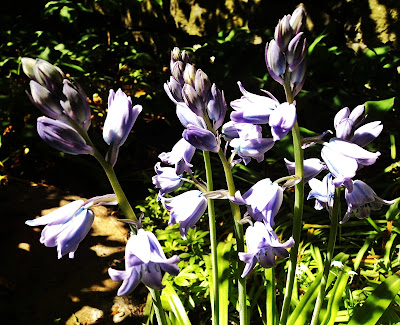 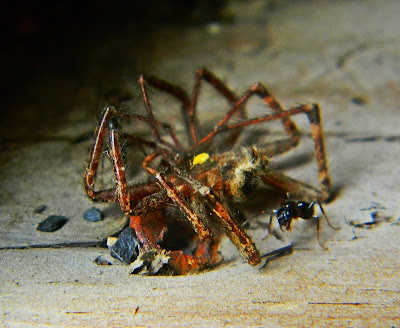