A View from My Handlebars (five photos of Delaware Park) Yesterday, after rushing around a hot kitchen and facing a stove for much of the day, I was happy to have the evening off with such wonderful weather. I was on the Mundo and  had to run a few errands so I took a shortcut (read, long-cut) through Delaware Park to make the ride a bit more enjoyable. Delaware Park was designed by Frederick Law Olmsted and is part of the Olmsted Parks Conservancy. It is such a gem--an oasis--in the midst of the city. I can only hope that it's what Mr. Olmsted had in mind when he originally designed it. The image directly below is not of the park proper, it's Lincoln Pkwy which leads into the park. What a lovely ride. Anyhow, after doing my errands and on the way home I skirted the edge of the park and snapped the bottom photo...sunset overlooking the Black Rock section of Buffalo. It was hot yesterday and I was surprised how warm it still was as the sun was setting. And as I was pedaling and coasting home, admiring the beautiful sunset, a car slowed and someone yelled out the window for me to "get the f#%k outta the way." I kept pedaling and coasting. And after my anger at this person dissipated all I could think was what a better mood he likely would have been in if he were pedaling and coasting on a bike on such a lovely evening. Anyhow, click any photo for a larger view. 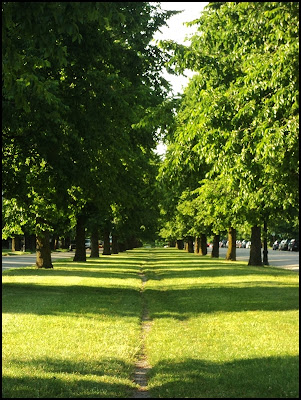 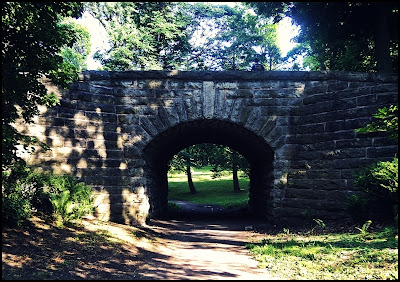 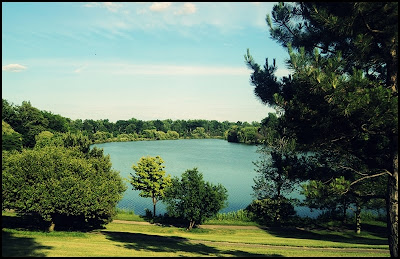 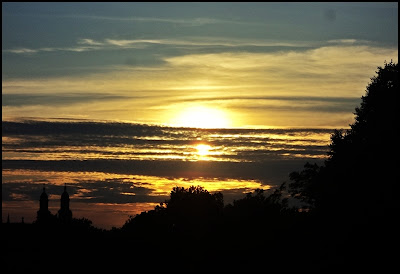